A Portrait With A Prop

I don’t often bring props into my portraits: they have to be there for a reason. In this case, the prop belonged to my subject, and it was the perfect way of visually revealing a little about the man himself.

This is Alex McAleer, who is better known as ‘Alex The Mind Reader’. I photographed him as part of the Champions of Magic series. His shoot in our studio is the reason why we have a signed playing card stuck to our ceiling…

This was one of the craziest shoots I’ve ever done. There were random props everywhere, including doves, wands, hats, swords, a fake pistol and a portable Nespresso machine.

His act is mind reading, which you may have predicted from his name (see – you’re a mind reader, too!). One of the props he brought along was a phrenology head. This object was once used by doctors, scientists and psychologists in Victorian Britain to study and diagnose illnesses of the brain.

I thought this might make an interesting and relevant addition to his portraits, so I asked Alex to pick up the head and look at it. As soon as he did this, I had a clear idea of what the portrait could be.

I wanted lighting on Alex’s face and the face of the prop. To achieve this, I used two studio strobes in strip boxes to the rear of the scene: one either side, each facing in towards Alex and the prop.

The background is dark grey seamless paper, but it looks nearly black because there is no light striking it.

I love the intensity between the two faces in this portrait. It really does look like they are reading each other’s minds, even though one of them is made of porcelain! 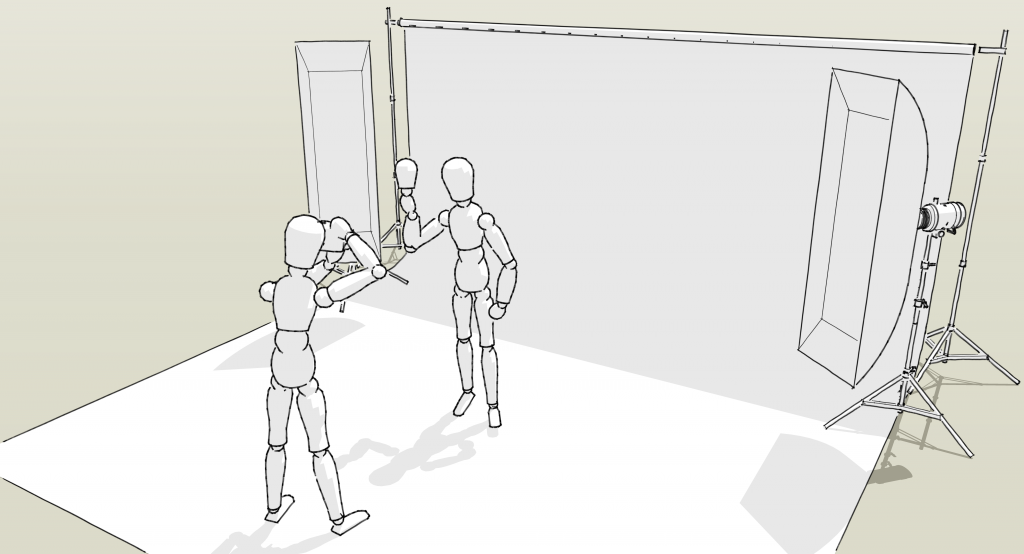