Woodland Portrait Of A Man In The Morning Mist

Atmospheric lighting adds mood and interest to a scene. This portrait was taken during a sibling shoot and was well worth setting out early for.

Ryan and his sisters bought a photography session with me as a gift for their dad.

I set out with the three of them – plus their labradors – early one morning for a walk. I find that walking with my subjects is the best way to help everyone relax, and get a varied set of backgrounds, too. In addition, during this time of day the sun’s light hits the earth at a lower angle, giving a side light rather than (less flattering and less interesting) overhead light.

We came across this open patch in the woodland with the most beautiful light pouring into it, and a whisper of mist floating across it. I set up and took a shot up of the two dogs, and then thought that it would also be a great spot for a portrait of Ryan.

I wanted to capture the backlight and the mist, as these lend the scene an intriguing atmosphere. I directed Ryan to perch on the end of a fallen tree trunk but asked him to sit in a way that felt comfortable and natural to him. I love the way he placed one foot slightly higher than the other. I then simply asked him to lean forward and rest his arm on his knee. To me, this just felt right based on how Ryan had chosen to sit, the informal location and the feeling of the image that I had in mind.

I took a pair of shots: one of Ryan looking towards the camera and one with him looking away. I like the latter best: his gaze draws us to the edge of the image’s frame (counter to the composition rule of allowing ‘nose room’ in the direction your subject is looking). This adds a little visual tension to the portrait, and tension creates interest.

I set my aperture to f/4 to ensure Ryan was in sharp focus while the background dropped away to soft shapes and textures. You can still tell it’s a woodland, but the branches are rendered softly enough that they don’t pull attention away from Ryan. I could’ve opened the camera’s aperture to f/2.8, which would have softened the background further, but that would also risk parts of Ryan dropping out of focus.

I’ve used a low camera angle so that some of the thistles and thorns in the foreground rose up into the frame, creating foreground interest and texture at the bottom of the image.

I love the curls of mist and the rim light to the rear and right (as we’re looking at it) of Ryan – head out into the early morning sun on a crisp day in winter to find conditions like these for your portraits! 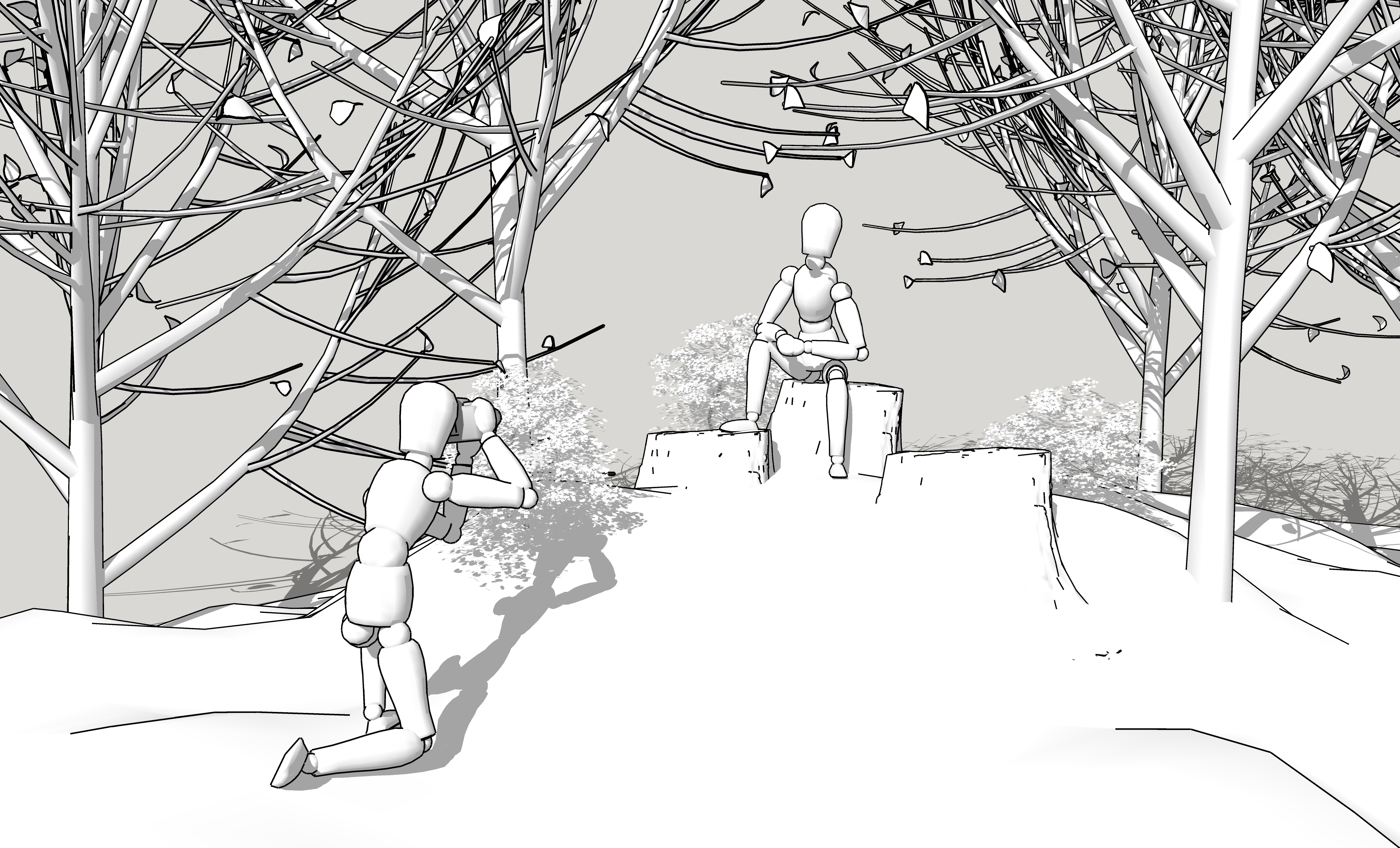