Rushing out to capture a snowy portrait, I took inspiration from Winnie-the-Pooh by imagining the scene as a drawing. This method can help you convey narrative.

Our little village of Haddenham is iced with snow only once every few years – and even then it’s usually the lightest dusting. Its rarity makes it a novelty, so we ran from the warmth of the studio as it began to fall and headed to the woods to make the most of the opportunity to create something different.

There are three reasons why I lay on my stomach to capture this portrait: two are practical considerations while the third is a creative decision.

Firstly, Jade was sitting on a blanket, which stopped the snow from soaking into her jeans (no such luxuries for me!). Secondly, the snow was pretty sparse on the ground: a low camera angle helped to make it look more plentiful by hiding the stems of grass that were poking through. The creative decision was about the image’s narrative.

There are scenes from illustrated childhood stories that influence me even now. For instance, the book illustrator E. H. Shepard is most well-known for his drawings of Winnie-the-Pooh. If you look at the images from those stories, you’ll notice that E. H. Shepard often depicts scenes from a low angle.

This does several things. It brings more of the environment into view, rather than the ground. This makes for greater interest, a stronger sense of place and better reflects the way we experience the world: we focus on what’s around us more than what’s on the floor.

In addition, the low angle makes the viewer feel more immersed and involved in the scene – we feel as though we are there, rather than having the detachment of looking down on the scene from above. Lastly, this angle places the viewer at or below the characters’ eye levels, making the character the hero of each scene.

These elements combine to create a portrait (or an illustration) that is more than a picture of someone’s face and body. It starts to tell a story, and that provides intrigue for the viewer. What is Jade thinking about? How did she come to be sitting in this beautiful woodland on a snowy day? An image that has narrative creates questions in the viewer’s mind, rather than being a visual cul-de-sac.

There’s an easy way to ensure your portraits convey narrative: draw them.

Before setting up a shot, I used to sketch a pencil drawing of the main elements. If the composition looks strong on paper, I know it will work well as a photograph. Try it: look through a bunch of your shots and quickly sketch out what’s happening in each one. Before taking your next shot, sketch it out. Does it work? Could it be improved?

I still do this, but without the pen and paper: I visualise a mental sketch instead. If the sketch doesn’t tell a story, I go back to the mental drawing board. I rearrange or tweak the elements and only then prepare to capture the photograph.

This extra step forces you to reduce a scene to its main elements and search for the best way to link them all visually. Without it, there’s a tendency to frame a scene using the camera’s viewfinder, merely tweaking your angle or moving your position a little way in either direction. Good portraits come from making the best of what appears in your viewfinder, but great ones are planned.

In colour, you’d probably pass straight over this image. Jade is wearing a checked coat, marked jeans and bright welly boots. These bold, energetic patterns steal your eye away from Jade’s face and the beauty of the scene, so I’ve drained all the colour out to create a more gentle image. In black and white the colour of her clothing has been reduced to interesting variations in tone. 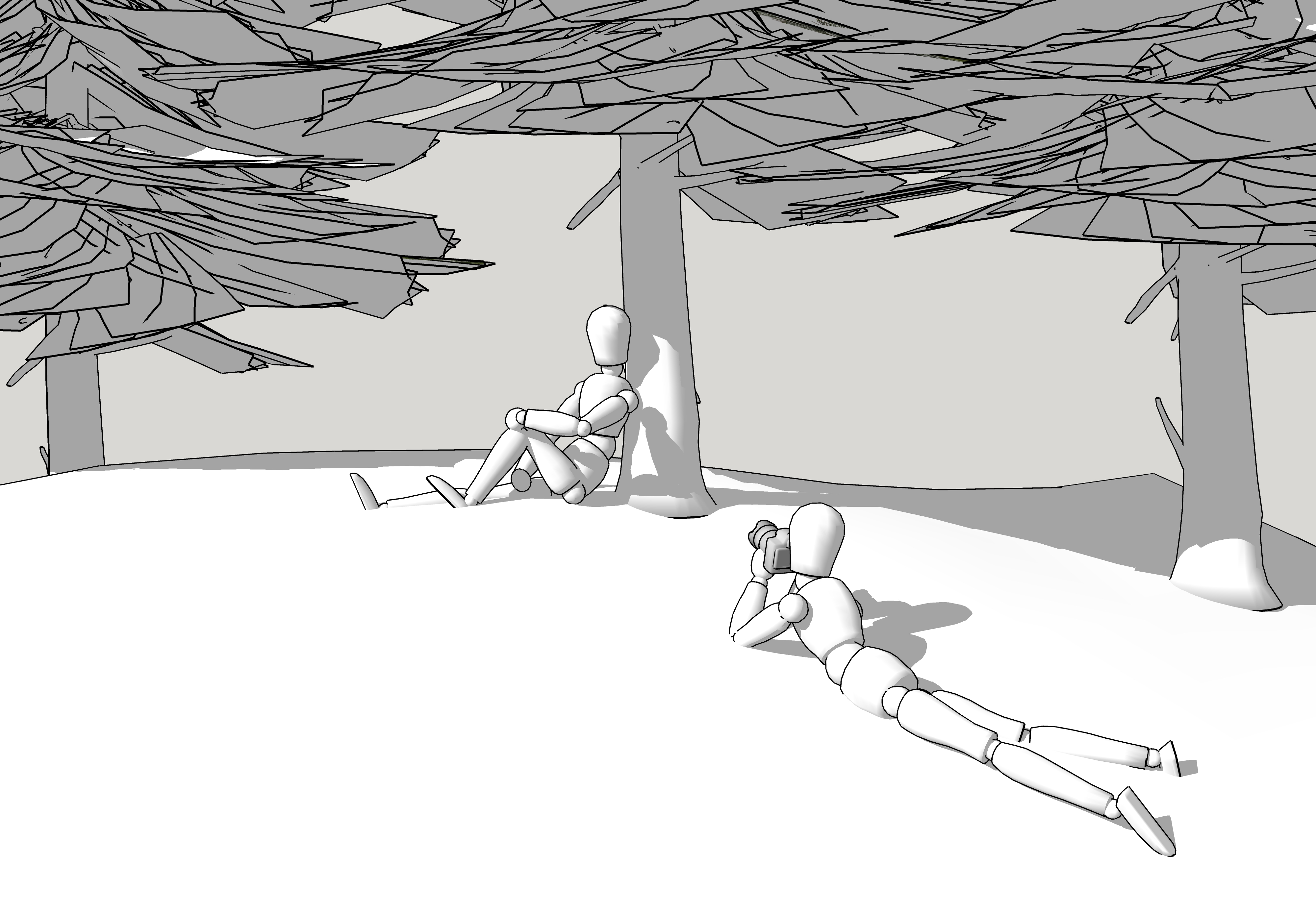