This was taken below the Hertford Bridge in Oxford. The distinctive design of the bridge (thought to be inspired by this bridge in Venice), coupled with its proximity to other landmarks in the city mean that it is continually crowded with camera-welding tourists. Nevertheless, I was determined to get the shot I wanted.

Gib and Geng were due to marry in Thailand but wanted to have their engagement pictures taken in the UK. They asked if we could create pictures in a ‘quintessentially English location’, so we chose Oxford. Oxford, of course, is English although the architecture captured here is Italian Baroque!

They are both keen photographers which was really exciting as they came with a ton of ideas – and many, many outfit changes!

We spent a couple of beautifully sunny hours in Oxford and I had seen this location but it was way too crowded. So we headed off elsewhere and came back… but it was STILL too crowded.

However, I really wanted the shot so I set them up and waited…and waited…

Eventually there was half a gap in the crowd. I had already accepted the fact that I’d have to remove some tourists in Photoshop, so I went ahead with the shot even while there were a few people loitering in the background.

I posed Gib and Geng so that their faces would be at a nice angle when they looked at each other. To do this, I asked Geng to lean against the lamppost, with his hands in his pockets. I had Gib is step down off the curb and then lean into Geng, with her face lifted to his.

I laid down on the floor to get the nicest composition: I framed the portrait with one lamppost to the left of the couple, another in the distance to their right, and the famous bridge overhead.

The exposure took a bit of trial and error as the couple are in the shade but the background is in full sun.

Afterwards, I straightened the verticals in Photoshop, as they converge towards the middle when you’re low down with the camera pointing slightly upwards. Lastly, I added a black and white conversion using Nik Silver Efex, before applying a slightly warm tone over that. Oh, and of course I had to edit out the remaining tourists and their cameras… 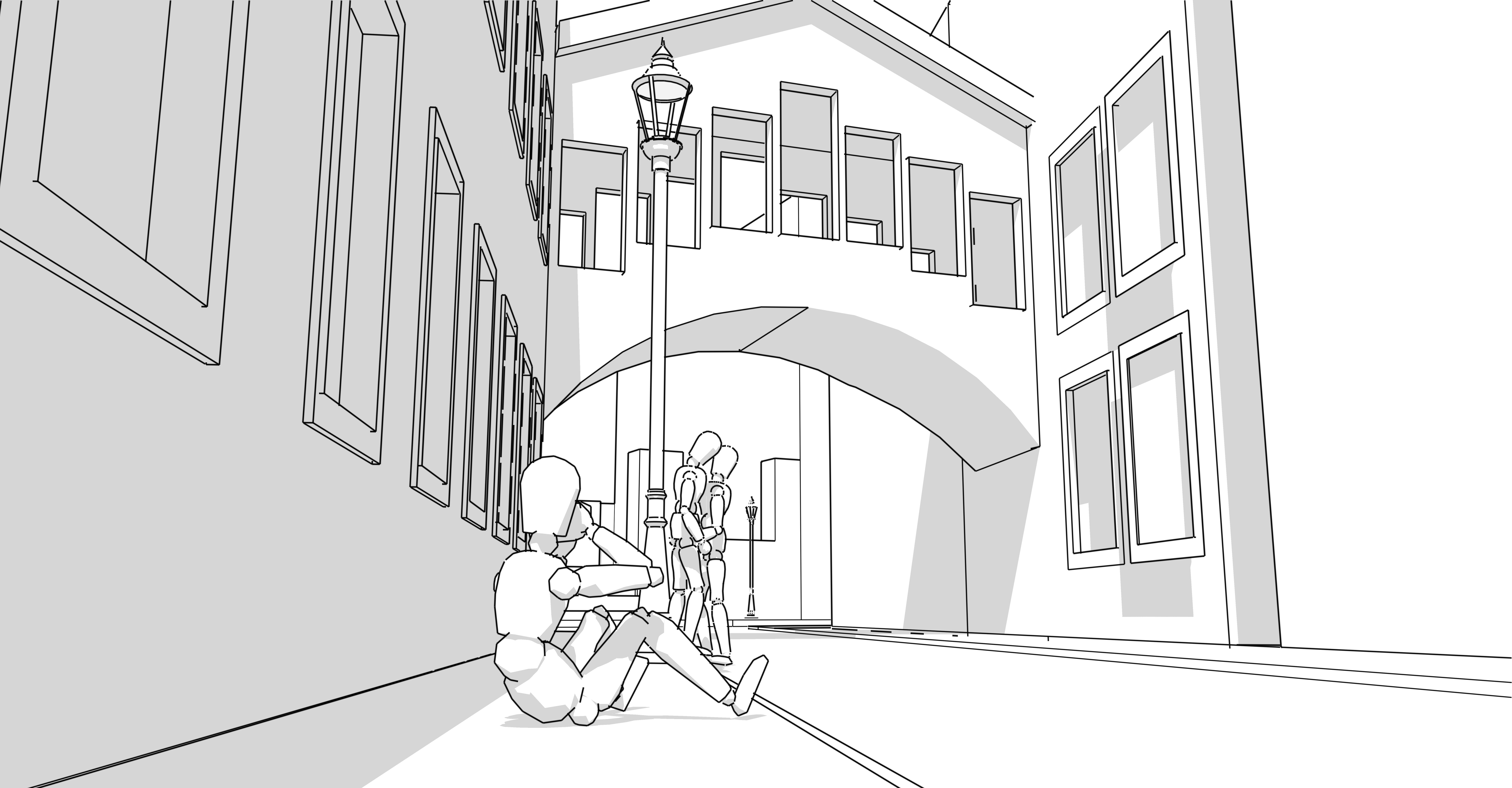