We had a tight brief for this portrait. Here’s how playing games, careful location scouting & controlling diffused daylight all played a part in its creation.

This image was commissioned to promote a local beer festival. The brief was very specific: they wanted a red-headed girl playing hopscotch, to be used in a very tall, thin format (you can see the final ad below).

If there’s one thing kids love, it’s playing games. Especially when those games involve movement. Enter Florence, who was more than willing to showcase what an accomplished hop-scotcher she is.

Taking into account the unusual dimensions that were required for the final image, I looked around for possible locations. I wanted somewhere local that offered four things:
Plenty of natural light
A pleasant but not distracting background
A floor surface that would show up the chalk markings
Somewhere that offered a compositional advantage, such as lead-in lines

This alleyway in my home town of Haddenham was perfect. I crouched down to get an angle that achieved the Venn diagram overlap of the following: showing that Florence was clearly airbourne, making the chalk marks visible (providing context to Florence’s motion) and positioning the walls either side of Florence so they framed her and became lead-in lines.

Lead-in lines draw the viewer’s eye towards the subject. They strengthen your composition and therefore make your portraits more effective. Often, you can introduce a lead-in line simply by changing your angle or position. Here, the top and bottom edges of the two walls draw your eye towards Florence like four pointing fingers.

The sky was overcast on the day of the shoot, so I didn’t need to worry about direct sunlight causing high contrast and making my subject squint.

I set the shot up so that Florence was facing towards the brightest part of the sky, where the sun was masked behind a solid block of cloud.

It’s a common misconception that the light is completely directionless on a cloudy day, and that because of this you can shoot anywhere. In fact, it does still have a direction. You need to work with that direction in the same way as any other light source, otherwise you risk unsightly shadows.

Although Florence is faced towards the brightest part of the sky here, had she been looking more towards the floor, her face would’ve been in shadow. It’s much more effective with her in the position it is here, making her face one of the lightest parts of the image. A few reminders to Florence to look towards me and keep her head up were all that were needed.

I shot loose, ensuring I left plenty of room around Florence so I could crop into the sides of the image later without cutting into her.

Then, it was all about timing. I wanted to capture that microsecond when Florence was not travelling up nor down. She looks weightless, her hair haloed around her head and both feet apart from the ground. This took more than a few goes to achieve, but happily she didn’t mind bouncing around until I got the shot I wanted! 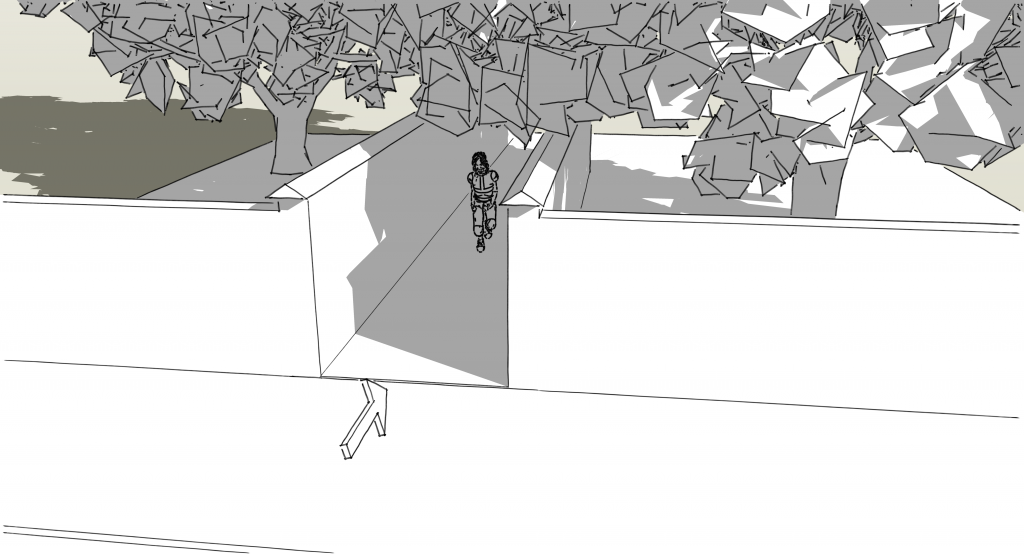