Spotting A Location… After A Shoot

This portrait was taken after a shoot had officially finished, yet it’s my favourite of them all. Once you train your eye to notice great light in a location, you’ll find it even when you’re not looking.

A private medical practice in Harley Street commissioned me to create portraits of their team, to be used on their new website.

David is a surgeon at the practice and – like his colleagues – was lovely, but not very comfortable in front of the camera.

I spent a day photographing them in their current premises at the time. But the team were preparing to move into new offices, and after our shoot David took me to see the new site.

While we were in the new offices, I spotted this very dark, oak-clad corridor with a window at one end. I thought that the light there would be nice, and I also noticed that the suit the radiographer was wearing was roughly the same tone as the oak panels in the corridor. I thought the light and the similar tones would combine to make a really interesting low-key portrait.

I asked David to stand in the light from the window. I then framed the shot with the right hand wall creating a lead-in from blurred to sharp. My angle – pressed up against the right hand wall – eliminated the window itself. If I had included it in the shot, it would have blown out to white, with no pixel detail, which I wanted to avoid.

I had noticed that David often put one hand in his pocket, so I asked him to do this, while making sure his watch was visible, as I liked the detail. Lastly, I asked him to look out of the window.

The result is simple, relaxed but also professional and with a high end feel. David liked the shot so much he had it framed and put above his desk. That’s not bad considering he wasn’t looking forward to being photographed! 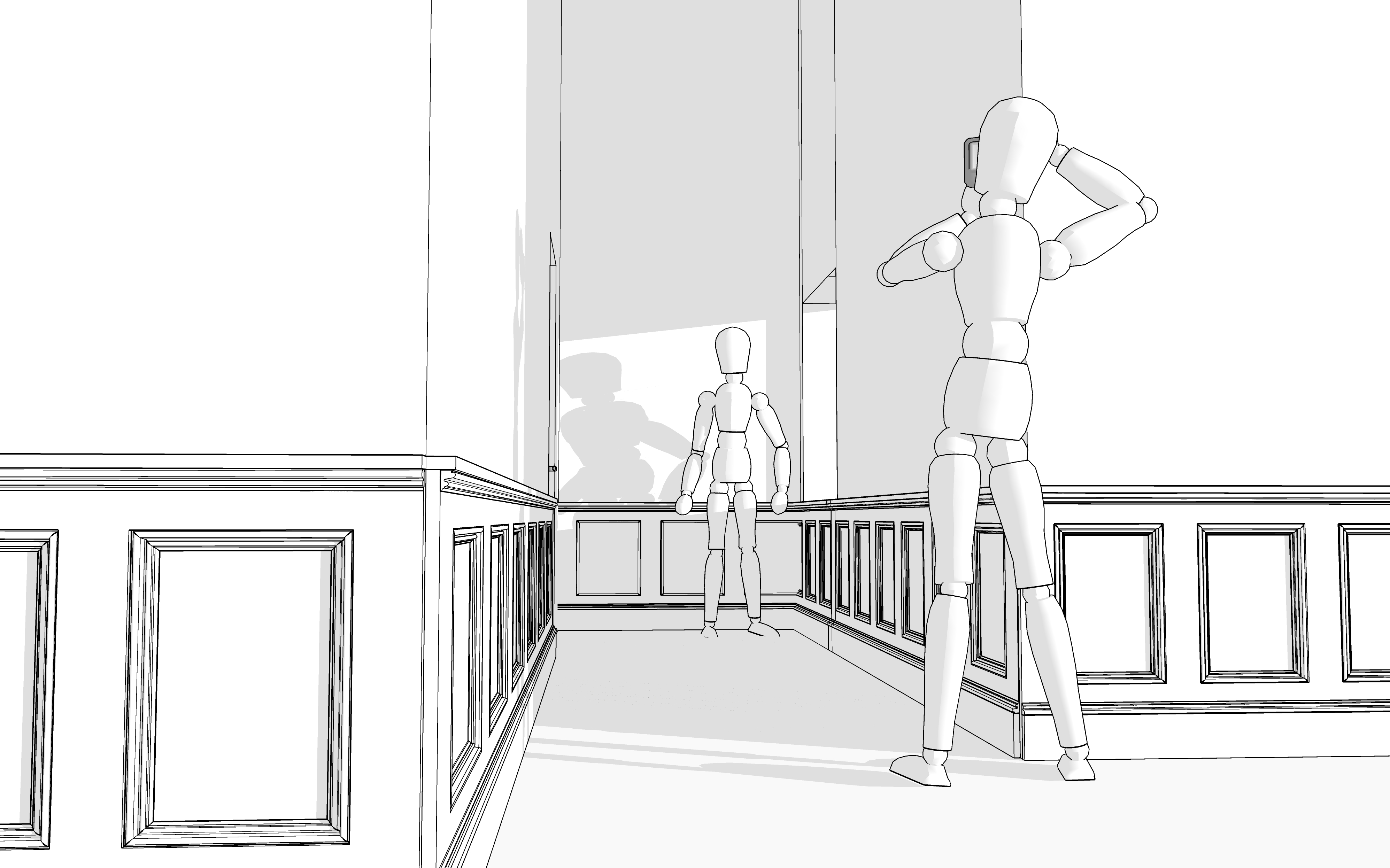