Portable Flash At The Skatepark

You don’t need complicated tricks to create a great action portrait at your local skatepark. Height, consistency and timing are more important.

I was photographing a BMX rider at the skatepark when I was nearly run over by a skateboarder, Louis (pictured). Louis had been flying across the area that I was photographing every minute or so, so I had seen how good he was. I loved his style, too, so asked him if I could photograph him. Happily, he said yes.

No time to recycle

The portable flash heads I was using take a second or two to recycle*, so it wouldn’t work to just fire the shutter continuously as the skateboarder travelled across the scene. This meant I would only get one opportunity to press the shutter per ride, so I had to plan for one shot each time he came up the ramp.

This was the hardest part: Louis nailing the jump so that he was at his highest point as he passed the fulcrum of the concrete ramp AND me hitting the shutter at that precise moment. Louis needed to position himself in the same place each time, with a consistent height. Then, it was all about my timing. The second hardest part was getting the lighting and exposure right.

Lighting the scene and setting the exposure

I wanted to darken the sky behind Louis, so it would make a moodier and more atmospheric background. I also wanted strong side lighting to make Louis stand out from the rest of the scene. To do this, I used two portable flash units (Profoto B1s, but any speed light would do a similar job). The first flash is facing Louis and positioned to the left (as we’re looking at the scene). The second is on the right, slightly behind Louis, and facing towards the camera. It’s this second light that’s creating the shine on the concrete ramp.

I set my ISO (400) and aperture (f/8) to give me a correct exposure with the portable flash firing at full power. Then, I set my shutter speed to control the parts of the scene that weren’t lit by flash (1/750). This shutter speed underexposed the sky, while Louis is correctly exposed in the beam of the flash. Anytime you are working with portable flash, remember that it’s the shutter speed that affects how much of the ambient light will be recorded.

For the final edit, I’ve included a vignette to darken the edges of the frame. This draws your eye towards Louis and amplifies the drama in the sky to create a high-impact action portrait with plenty of atmosphere and visual interest.

*Recycle = power up for the next burst of flash 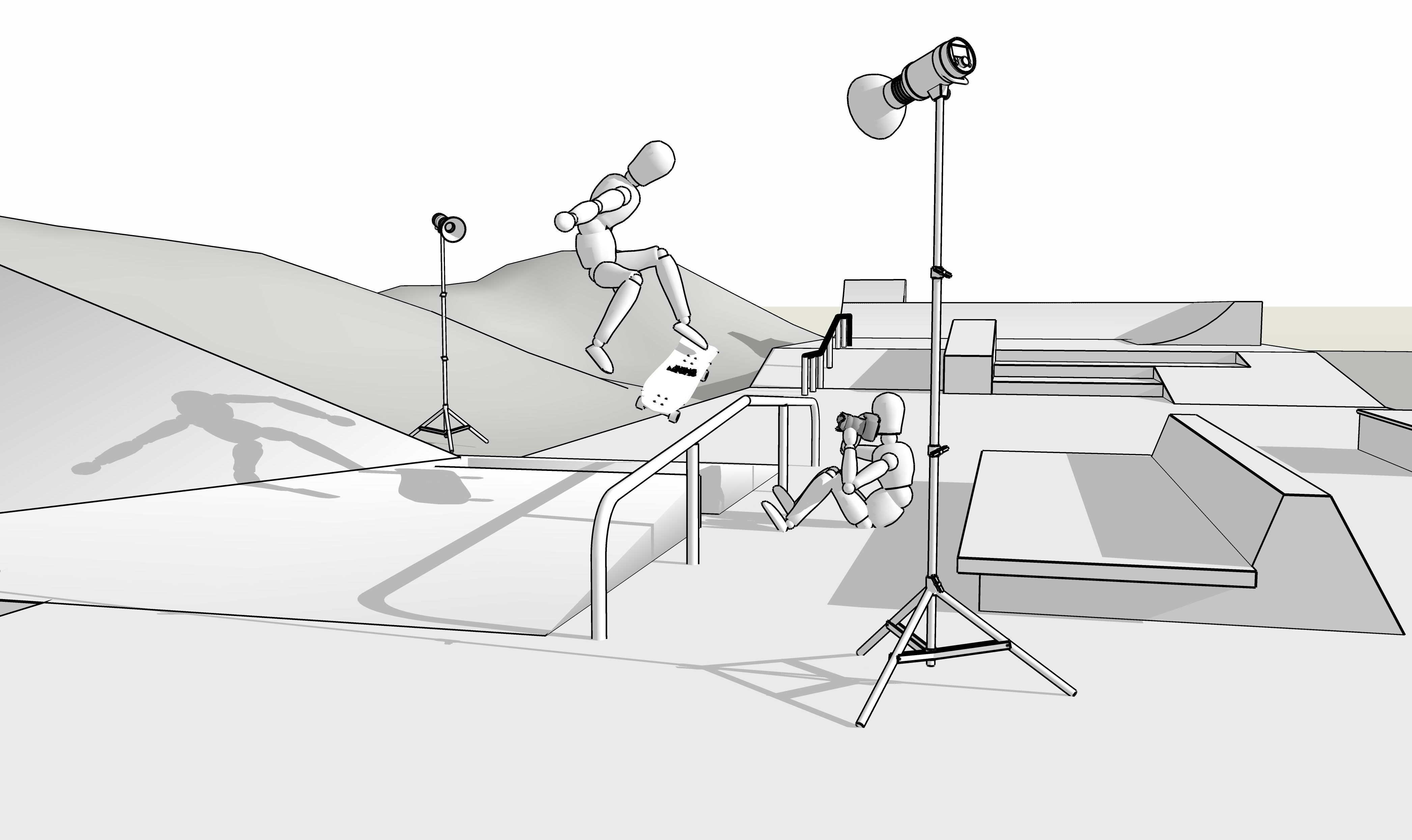