An everyday location, some high power flash and a little bit of luck all came together to create this fitness image.

This was taken during a commercial shoot for our local gym, Fitlife. Most of the session took place indoors, but on the way in I noticed this industrial-looking garage door. I mentally filed it as offering an interesting potential location for an outside shot.

I started working with Lawrence when my mind went back to the garage door, so we headed out to see what we could do with it. I asked him to launch into a sprint from a standing start, with the aim of freezing his movements. This gave a dramatic sense of motion, while ensuring everything stayed sharp (no motion blur).

It was a bright day and the garage door was lit by ambient light. For the image, however, I wanted the garage to look dark. This would keep all the focus on Lawrence, as he would be the brightest part of the image. To achieve this, I needed to use flash to overpower the ambient light.

I placed a portable flash (a Profoto strobe) just out of the frame on the right hand side of the scene (as we’re looking at it). This poured light directly on to Lawrence’s face and body, with some spilling on to the door behind him. I set the Profoto to maximum power, at which strength the recycle time becomes a longish recycle* time of one second.

Due to the speed Lawrence was moving, the long recycle time meant I would only get the opportunity to take one shot for each mini sprint he did. By the time the flash was ready to fire again, Lawrence would be out of the frame and would need to go back, get into position and start again.

Happily, on one of our attempts, I timed the shot just right. I love the position of both his hands here, with one reaching out front with a perfect 90-degree bend to his elbow and the other pushed out behind him, both with all fingers stretched.

If I could change one thing (and there’s almost always one thing I’d love to change!), I wish that his front toe was pointing a little higher up. This would mean it was perfectly parallel with his front forearm, adding another dynamic angle to the short.

Nevertheless, it does the job well, and has been used on the back of flyers, to hopefully get a few more Buckinghamshire locals moving.

*Recycle time: the amount of time before the flash is sufficiently charged, ready to fire again. 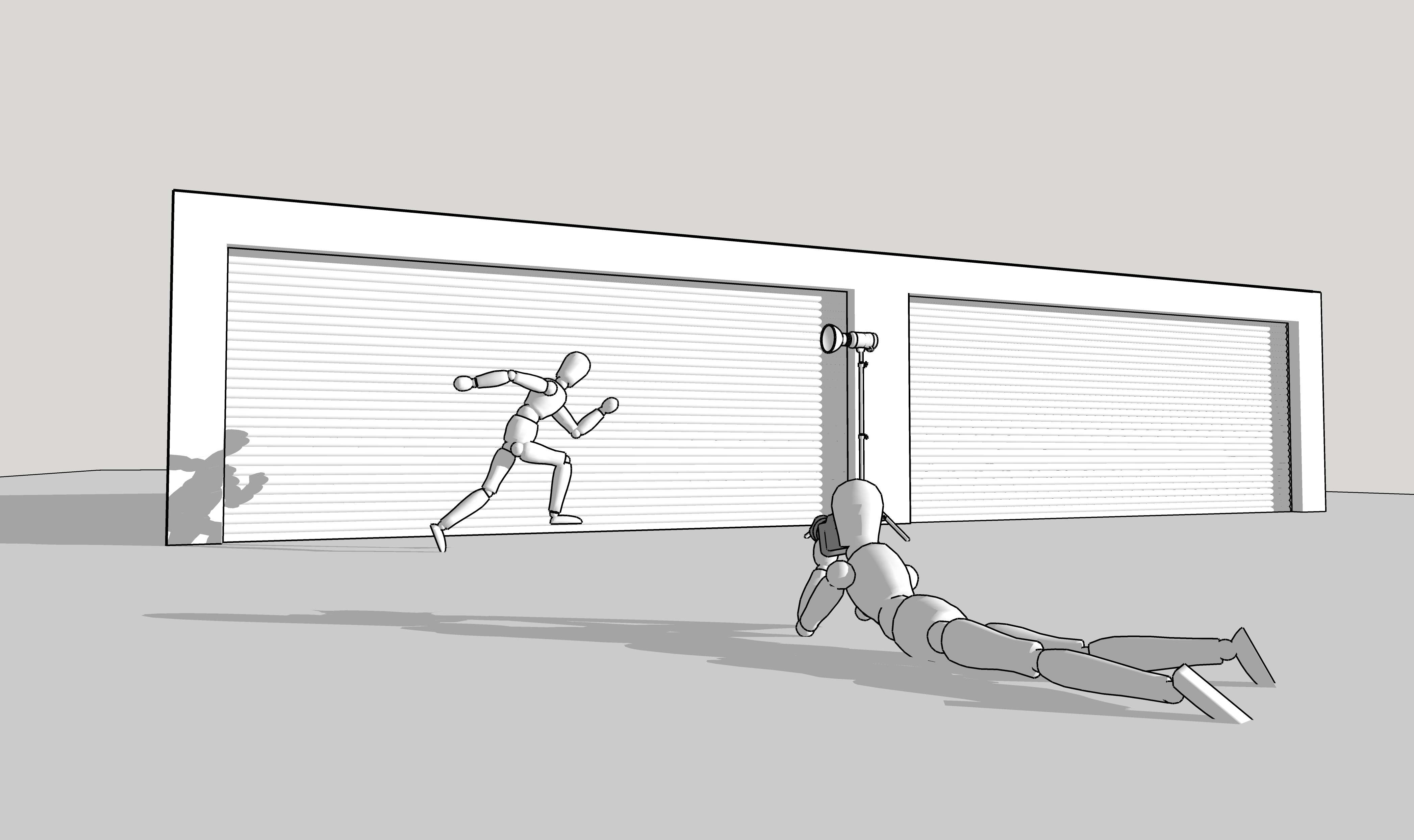