This group portrait was taken under a bridge which featured in Lock, Stock and Two Smoking Barrels. Here’s how I managed the guys’ different heights & outfits.

This portrait of Charles, James and William was taken in the London street where Lock, Stock and Two Smoking Barrels was filmed. The textured brick wall adds a gritty, urban feel to the shot, matched by the confident poses and cool expressions of my subjects.

We were just under the shade of a bridge, which is slightly to the right of the guys (as we’re looking at it). This made the ambient light directional, as it was coming from the front and left of the scene. As a result, the gentle shadows on the men’s faces give them shape and depth.

As you can see from the tones across the brick wall, the light is strongest on the left and gets darker to the right. I placed Charles on the left, as he was wearing the darkest outfit. Then James in the middle, as he was wearing a light-coloured shirt but with a dark jacket over it. William, in the palest shirt, is on the right, in front of the darkest portion of the wall.

This averages out the tones across the image to create a nice visual balance, and makes the guys stand out from the wall more due to the contrast.

Putting everyone into position

I asked the guys to stand in front of the brick wall and then tweaked turned their positions, to keep everything natural but still styled. The two guys on the ends are facing outwards, with James facing towards the camera. Charles and James have their hands in their pockets while William has his hands behind his back. This gives each of them more individuality, as their poses and stances are slightly different.

In a group shot, if everyone’s faces are on the same level, it can look like a police line-up. With a group of three, I aim to create a subtle triangle shape from the position of the faces. Charles and James are the same height, so I’ve asked Charles to lean against the wall, which has reduced his height by a couple of inches. That’s just enough to create the lower left angle in the triangle. William’s face forms the bottom right.

All in all, a simple shot in a famous London street that looks cool, characterful but relaxed. 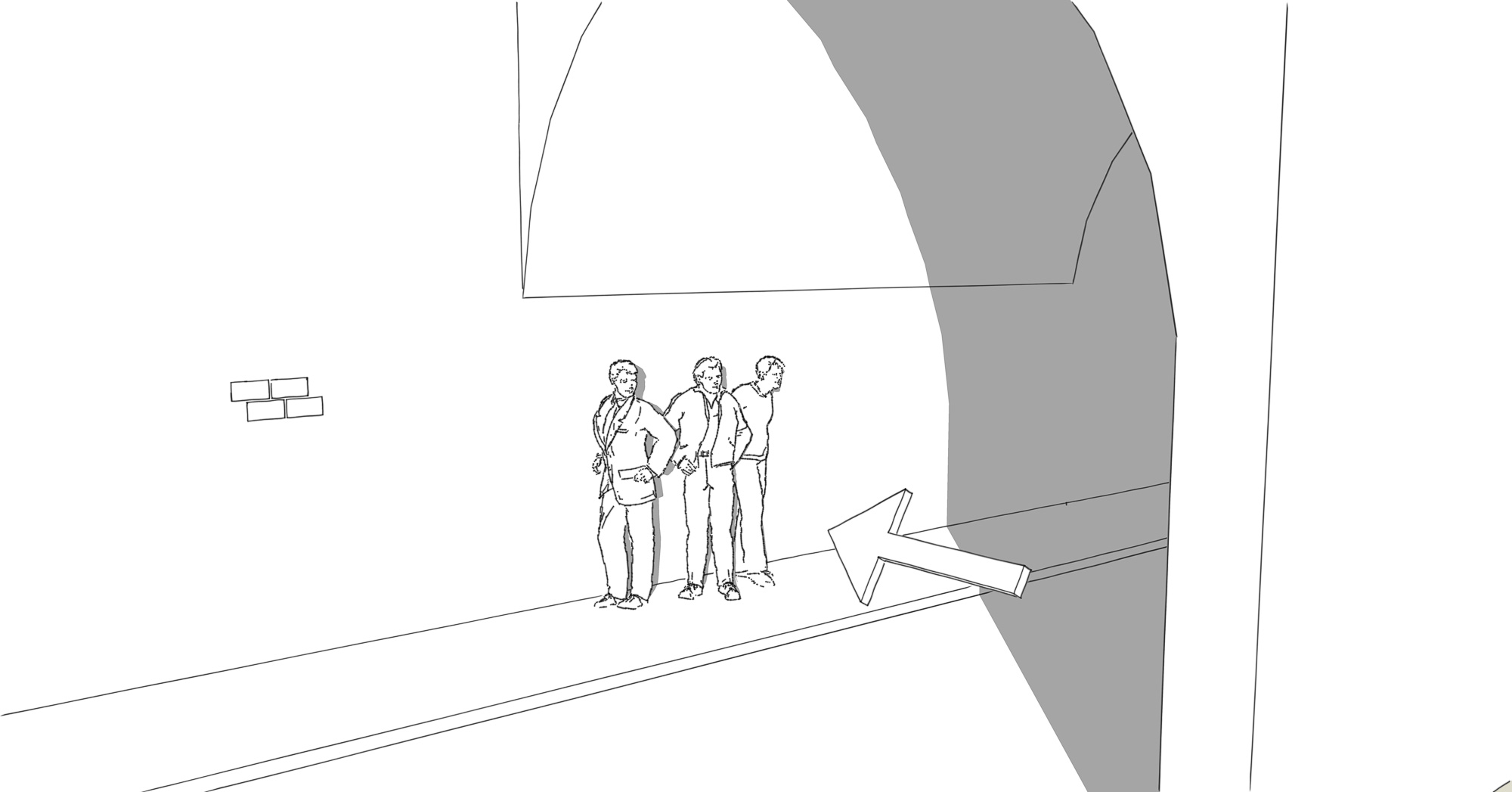