Of all the age groups I photograph, teenagers are by far my favourite. They are at their physical peak, and often walk in full of attitude, which translates into compelling portraits, like this one.

Laura needed a headshot for her performing arts course, which could also be used for future auditions.

I wanted to open up my aperture to get a really shallow depth of field, with just Laura’s nearest eye sharp and everything else in front and behind falling out of focus. But I couldn’t turn down the power on my studio flash low enough. Even at their lowest setting, with my ISO set to the minimum, and with as quick a shutter speed as would allow my camera to sync with the flash of the studio lights, I would still have needed to use a smaller aperture than I wanted.

One of the reasons I upgraded our studio strobes was because I frequently wanted a very shallow depth of field and our old set couldn’t do it! Of course, I could have simply moved the flash away from the subject but that would have fundamentally changed the characteristic of the lighting on her face.

So instead, I switched the flash trigger off and used the modelling lights* instead. This meant that I could open up the aperture to f/2. As modelling lights aren’t very bright or powerful – especially compared to studio flash – I had to compensate for the lower light levels. I used a slow shutter speed (1/60th second – I was risking camera shake as I was using a longer focal length than 60mm) and a higher ISO (ISO 400 compared to ISO 50 or 100 that I would normally use with studio flash).

I used a strip box (a long, thin soft box) turned horizontally and positioned at 45 degrees and slightly above Laura’s head height. The strip box produces the unique rectangular catchlight in Laura’s eyes, and means her face is the brightest part of the image, with the light quickly falling off towards the bottom of the image.

I have cropped in tight intentionally, to give the viewer a sense of being very close to the subject. This gives it an intimate feel, making for a more striking headshot for her course and auditions.

*Modelling lights are continuous, giving you a preview of how the light will fall on your subject when the flash fires. 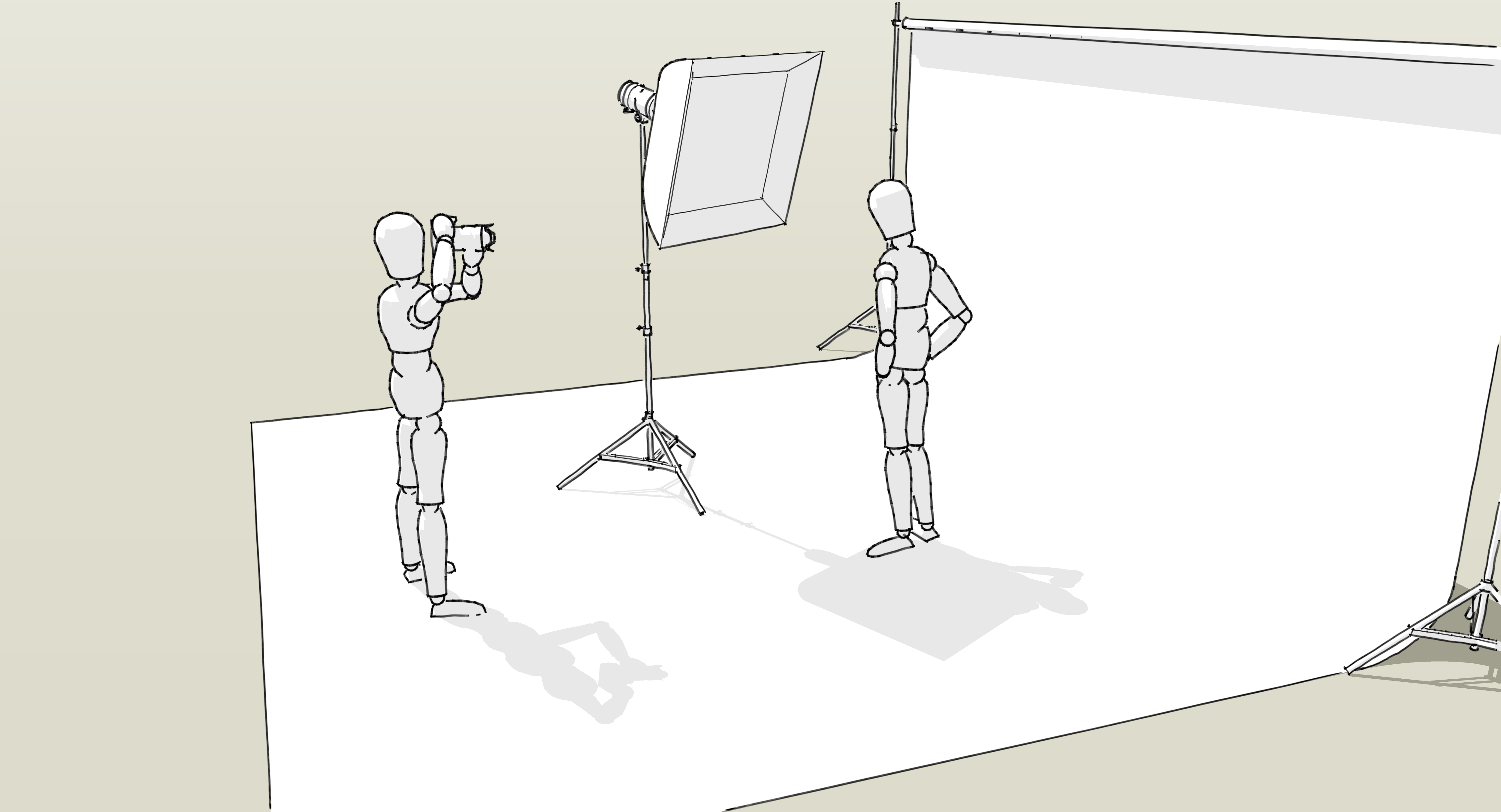