You’ve got one light. One subject dressed in dark clothing. And one dark paper background. All the ingredients for a perfect low key portrait.

This is Alan. He wanted some portraits he could use for his business profile which is a fairly straightforward brief. However, if I’m going to do something, I’m going to do it as best I can!

I loved Alan’s dark suit and thought it would suit a dark background, so I had this shot in mind from the start. However, I did also shoot some high key images too, to give Alan more options and flexibility later on when he used the portraits in future. For now, though, let’s focus on this low key, one-light set-up.

The main challenge with a dark subject on a dark background is separation. If the tones are too similar, the subject’s clothes, dark hair and/or dark skin will merge into the background. While you may want to use this for effect sometimes, most of the time it is A Bad Thing. The subject’s shape and form becomes lost.

You generally don’t want to throw light all over the scene, either, because if you’re after an atmospheric, low key portrait, flat lighting will instantly kill the mood.

Instead, you could light your subject with one studio light and then use rim light to separate him or her from the background. To do this, you place one or more lights 45 degrees to the side and back of your subject, pointing towards the camera. This creates a rim of light, like a halo around your subject’s dark outline.

Alternatively, you could light your subject with one flash and then fire another at the background to lift those dark tones behind your subject. Your subject’s outline then becomes almost silhouetted against the lighter tones behind them, which is a similar effect as you see in this portrait.

But what if you only have one light? Or if you want to use a simpler set-up, because you know that the fewer lights you have, the easier it is to control what the light is doing? Or because you want gentle, more sophisticated and more intentional lighting? Feathering is the answer.

Light as a feather

Although it sounds abstract and potentially complicated, feathering a studio light simply involves turning it slightly away from your subject. This means that the light falling on your subject comes from the edges of the light, where it gets bounced around the inside of whatever light modifier you are using (soft box, umbrella etc.) which softens and diffuses the light more.

Of course, when you feather a light, you have a choice in which direction to dump the waste light: you can turn it forwards so the light that’s not illuminating your subject falls in front of him or her. Or you can turn it to face towards the background (reverse feathering), where a little bit of it will be bounced back – if, that is, you are using black paper which has a slightly reflective surface, and not black velvet, which absorbs almost all light thrown at it. Reverse feathering is what I’ve done here.

I’ve ensured the angle of the light is just right to create a triangle of illumination on the side of Alan’s face furthest from the light, while also falling on the background sufficiently to stop it rendering as pure black behind him.

This lighting pattern, combined with the solid pose and intense eye contact, makes the shot work. The details matter, too. I ensured that Alan’s watch was just visible; I like the little touch of visual interest it adds and felt it would break up the image, encouraging the viewer’s eye to travel between it and Alan’s face. 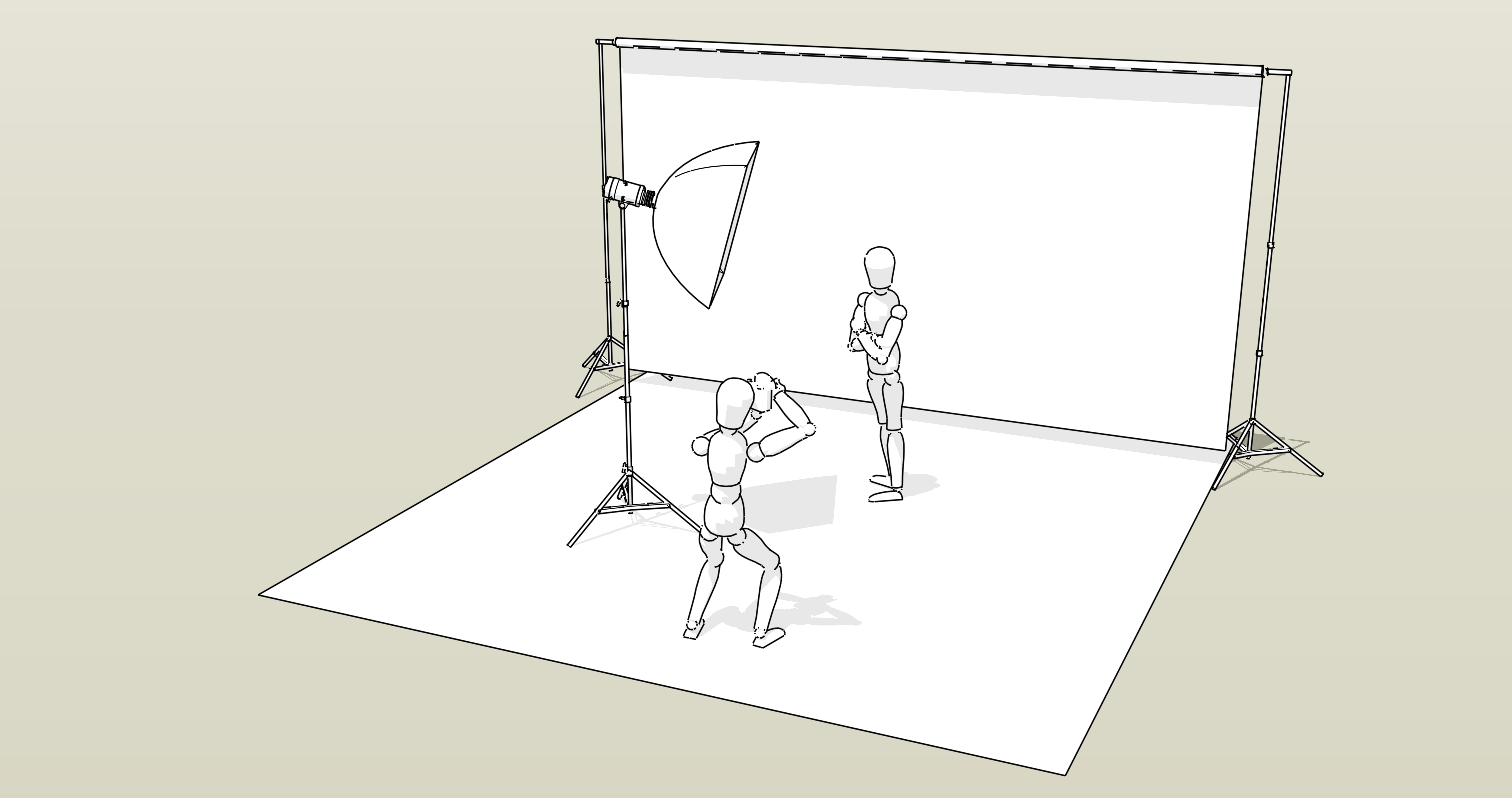