Can you shoot a pale subject on a pale background? Yes, you can, if you control your lights. Here’s how I used strip lights for this studio portrait of Lizzie.

A fair-skinned subject in a white top on a white background? Common portrait wisdom states that it shouldn’t be done, but I disagree. White-on-white fails when you throw uncontrolled light all over the scene, losing shadow, definition and detail.

Instead, control your lights and your exposure carefully for a high key portrait that still has texture and character. Here, Lizzie’s fair skin, pale top and the pale paper background have combined to create a gentle image with a narrow range of harmonious tones.

Striplights are not long, thin softboxes, as you might think. Softboxes have one flash head in the centre of the frame, which means there is slight light fall-off at the edges. They also have fabric frames, which means they sag, bow and alter shape slightly as you reposition and adjust them.

A striplight has several built-in flash heads spread out along its length, underneath a white, acrylic cover. They emit an even, consistent light from end to end, with a gentle light fall-off.

Their frames are hard, which means their shape and that of the illumination they emit stays the same every time they’re used. Because of this, they are often used in commercial photography, where the rectangular highlights they create accentuate the forms of products with reflective surfaces, such as cars.

When barndoors are fitted on striplights, they create long, narrow highlights with sharp edges, as you can see from the catchlights in Lizzie’s eyes.

For this portrait, I positioned the striplight 45 degrees above and directly in front of Lizzie. To soften the shadows it produced, I set up a white reflector on either side of her.

I also faced two lights on to the white background paper to bleach that out, for a pure white backdrop.

I’ve also asked Lizzie to breathe through her mouth, to softly part her lips.

The lighting and pose work together to create an intriguing, gentle portrait which perfectly complements Lizzie’s personality. 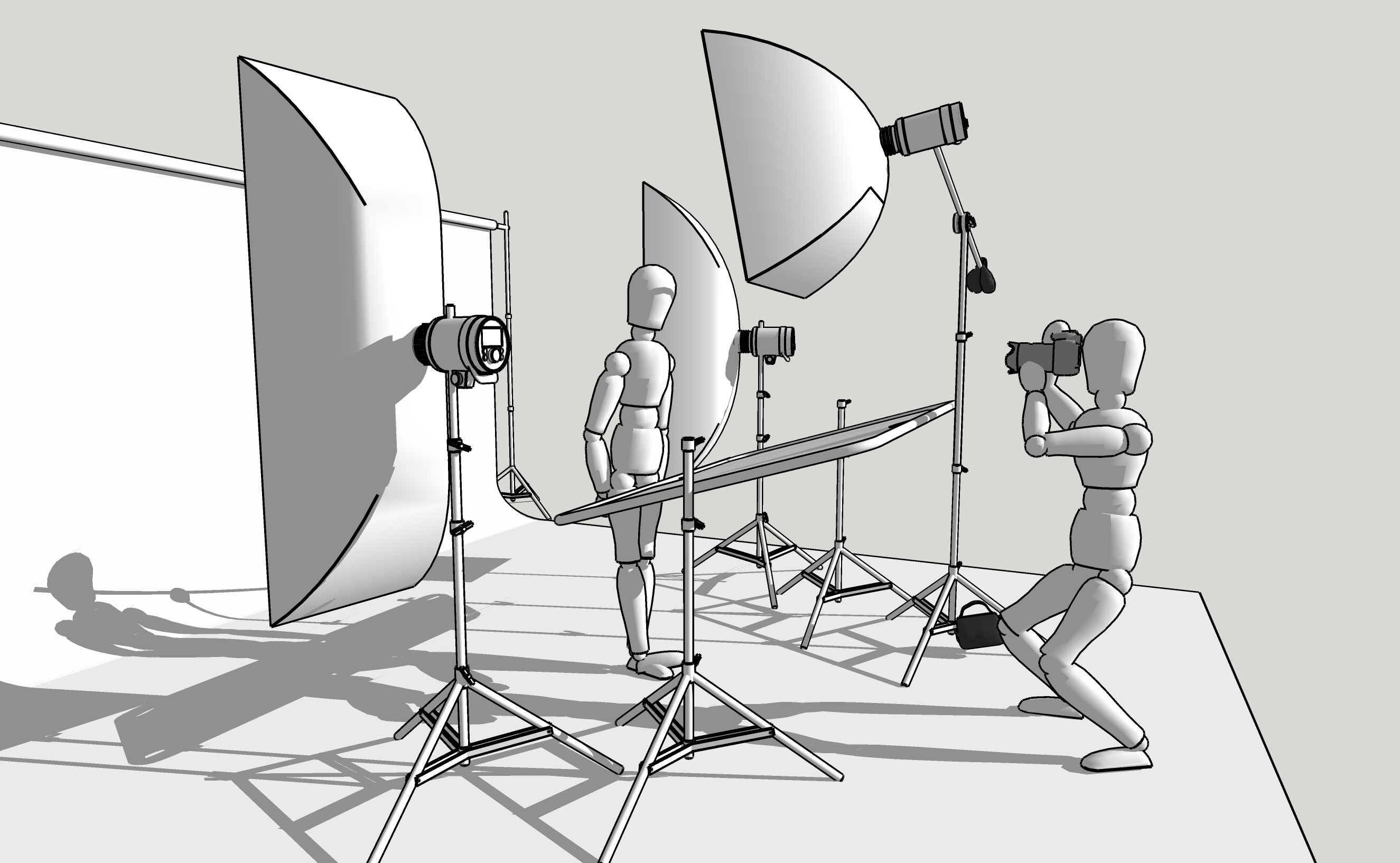