There’s only one complete stranger that I’ve approached, asking her out-of-the-blue if I could photograph her: that’s Dory, who you see here.

I met Dory in a restaurant and as soon as I saw her, I knew she’d be amazing in front of the camera. My request took her by surprise, and initially she said ‘no’. But – happily – when she got home and looked up our website, she changed her mind and emailed us with an emphatic ‘yes’.

We spent the day experimenting with all different types of lighting, including sunlight, shade and studio flash. While we were in my studio, I knew I wanted to create something with a tight, unified tonal palette. That’s when all the colours in the image are very similar, which immediately draws the viewer to anything that stands out. In this case, that’s Dory’s eyes.

This is lit with a flash to the right (as we’re looking at it), modified with a square, one-metre softbox. There’s also a light bounced down from an umbrella above Dory, to bring out the texture in her hair, and a simple black paper background behind her.

I set the lights to their lowest power setting, but still needed to reduce my ISO to what Nikon calls the ‘Lo 2’ on the D5 (equivalent to ISO 50) to expose correctly with an aperture of f/4. The wide aperture was required because I only wanted the mask* of Dory’s face to be sharp.

When retouching the image in Lightroom and Photoshop, I was careful not to lose the slight shine of Dory’s skin. It’s easy to make the skin look too dry and flat, which makes it look lifeless. Instead, I wanted to retain her skin’s glow.

Ah, note that umbrella on a boom: a fantastic photographer, Steve Howdle, demonstrated this technique at an MPA meeting in 2017. You need a bit of height in your studio but it’s great for creating shine and texture in the hair. Just keep the power right down!

This image works well as both a colour and black and white. My favourite is the monochrome you see here as I love the range of tones it contains, from nearly pure black to nearly pure white. The ‘nearly’ is important: one of our final post-production stages is to adjust the levels overall so that there isn’t actually any pure black or pure white. We do this because areas of pure black or white pixels don’t render particularly well, especially in print.

But for me, Dory’s eye contact and facial expression is what really makes the image. I’m so glad I asked her to model for me – and that she (eventually) agreed.

*The mask of the face is the roughly oval-shaped portion containing a person’s eyebrows, eyes, nose, apples of the cheeks, mouth and chin – all the main bits at the front of the head! 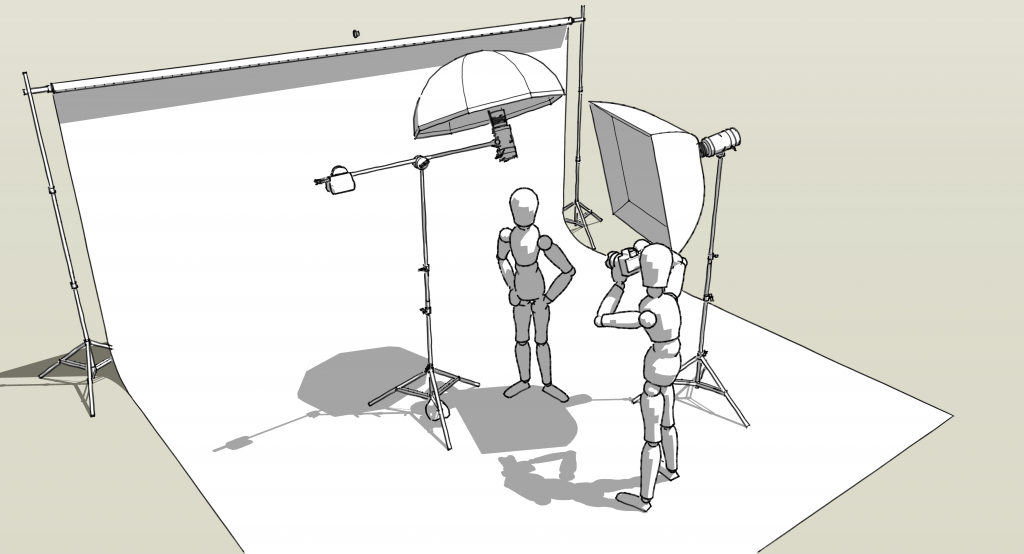