There are locations for portraits everywhere – even in an alleyway. This is how I created a dramatic shot in a local alley by overpowering the ambient light.

If you think there are no good locations for portraits near you, think again. Even an alleyway can be the backdrop for an effective image, just like this portrait of Katalin in one of the curved pathways between streets in Haddenham. Here’s how I used a single Speedlight flash to light it in a style made famous by the painter, Rembrandt.

Although this looks like an evening or nighttime shot, it was actually taken in strong, even daylight. However, I was looking for a more dramatic look, so I used an off-camera Speedlight to light Katalin instead of relying on natural light. By using a fast shutter speed (1/750sec), I’ve darkened the ambient light, with just a pool of light around my subject.

Katalin’s skin and the wall immediately around her have become the lightest parts of the scene, which attracts our eyes straight to them. The contrast between her dark clothing and the pale wall has added to the visual impact of this area.

The light given off by the Speedlight has a quality similar to strong, direct sunlight. It produces hard shadows, as you can see on the right of Katalin’s face (as we see it) and the wall behind her. This gives a little intrigue to the image. Without the technical information, a viewer cannot be sure whether Katalin has happened upon a patch of strong sunlight in an otherwise shaded alley, or if artificial light has been used.

The hardness of the light means that I needed to be careful how I placed the flash and posed Katalin, as it could easily be unflattering. The Speedlight is raised up and to the left of the camera. It’s low enough to produce catchlights in Katalin’s eyes, but high enough that its light could be mistaken as the sun filtering through over the left alley wall.

Although Katalin’s body is facing towards the light, I’ve asked her to bring her face towards the camera slightly. Combined with the height of the light source, this has resulted in a lighting pattern known as ‘Rembrandt Lighting’. Named after the painter, whose portraits often used this lighting style, Rembrandt lighting is indicated by a triangular patch of light on the cheek furthest away from the light source, and a catchlight in both eyes.

Whether in the studio, or using portable flash or natural light on location, I’m always checking for the light first. When you can control the light from an artificial source, anything becomes possible – even in an otherwise unremarkable alleyway. 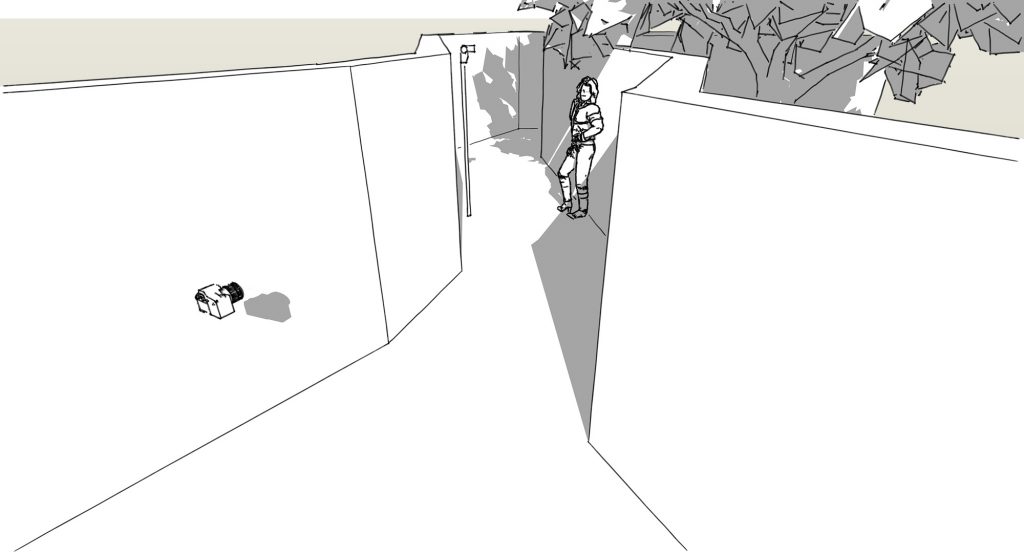