How to backlight smoke so it becomes opaque, and using a slow shutter speed to capture background lights as out-of-focus circles (bokeh) in your portraits.

Rui was a guest at a wedding I was shooting. I loved his look, and had in mind a specific image I wanted to capture, with backlit smoke around him. Despite not being a smoker*, Rui was happy to pose for me, so we made our way through someone’s else’s packet of cigarettes until I (finally!) got the shot.

To capture smoke (or water) as a visible element in a portrait, you need to backlight it. So there’s two portable flash units at work here. The main one was to the left of the camera and above Rui’s head height, kept just low enough to spit a catchlight in each eye.

I positioned this flash at 45 degrees away from both the camera and Rui, so that the nearside of his face has fallen into shadow. Only the mask of his face – the oval-shaped area containing the forehead, eyes, nose and mouth – is lit. This created drama and atmosphere in the shot, heightened by the rim light from my second portable flash.

This second unit was behind Rui’s head, facing towards the camera. As well as the rim light on Rui’s back, neck and ear, it has filled the smoke with light, turning it opaque. Without this flash, the smoke would have appeared as transparent and less noticeable. Lighting it makes it a feature of the shot, rather than a detail.

I wanted to capture the glow of lights in the background as out-of-focus dots of light (known in photography as bokeh).

Using flash means you can use a fast shutter speed, say, 1/200 or 1/250 sec. However, doing so in this instance would have rendered the background as plain black (perhaps with dim specks of light).

Instead, I’m shooting with a relatively slow shutter speed (1/45 sec). Although this is still just a fraction of a second, it’s long enough for two things to happen. First, the flash fires across Rui’s face and through the smoke, ensuring they are recorded by the camera’s sensor. Then, during the rest of the exposure, the background detail is recorded, providing interest and a more urban feel to the portrait.

You’ll also notice that I’m shooting from below Rui’s eye level. This means that as viewers of the image, we are looking up at him. As part of that, we infer attributes such as importance, dominance and confidence: all flattering psychological attributes that make my subject look and feel good when they come back to choose which shots they want to buy!

*I know, I know. Don’t encourage people to smoke – it’s really bad. But… what a cool portrait! 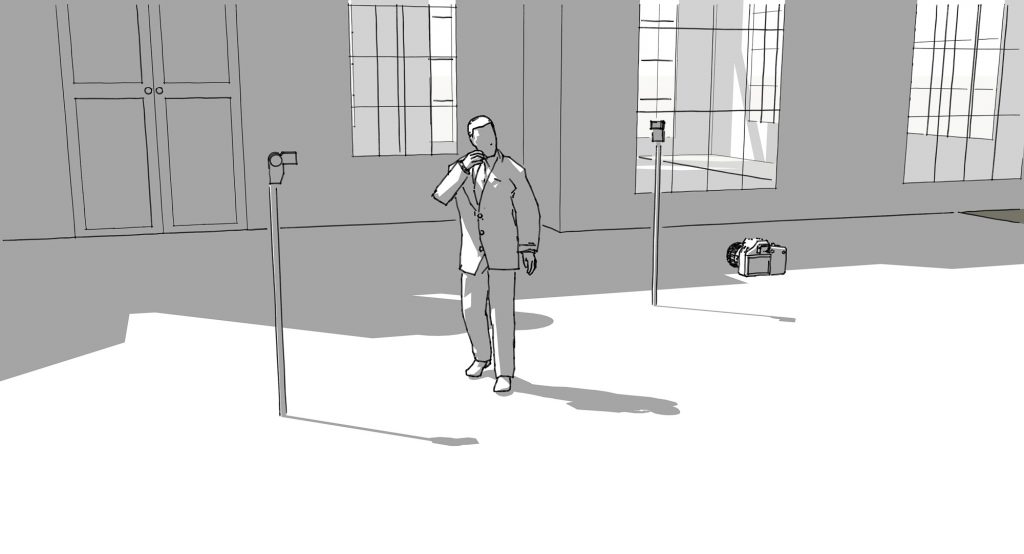