Lighting The Snow For A Night-Time Kiss In Winter

This is one of my most popular portraits: the drama of the red dress and wintry weather mixed with the anticipation of The Kiss makes for an eye-catching combination.

Never rely on the weather!

Ah, best laid plans. It was winter. We had everything arranged: Lily and Sam would come over for some beautiful couple’s portraits under the full moon. It would be delicate, romantic and, well, dry. Then the sleet started falling – a sudden downpour of icy rain and slushy snow.

I had an idea. I checked Lily and Sam were feeling brave (they were), grabbed a speed light and we headed out.

I wrapped a plastic bag around the flash head to protect it from water damage, then placed it behind the couple. It’s facing towards the camera, to backlight the snow as well as my subjects.

I positioned Lily and Sam in the street right outside my studio. None of the background is visible, so I didn’t need to worry too much about what was behind them. They cuddled under an umbrella, with a coat around Lily’s shoulders, while I set everything up and fired some test shots.

My camera struggled to focus in the darkness, so our video editor, Matt, held his phone near the subjects’ faces, and I used the light from his screen to lock focus. Then, I composed the shot. I wanted plenty of space around them to capture the drama of the whirling flurries around them.

As soon as I was ready, Lily whipped off her coat, we pulled the umbrella away and this is one of the frames that resulted. The light on Lily and Sam’s faces comes purely from the flashlight behind them: you can see the light reflecting off Sam’s white jumper, illuminating Lily’s elegant neck as she leans in for a kiss.

In the end, we had just a 15-minute window of opportunity before the weather changed again. Nevertheless, that was plenty of time to capture the shot – and to get completely soaked! But, when I pulled this image up on the computer, I knew it had been totally worth it.

There’s just one thing I’d change: in portraits of couples kissing (or, rather, just about to kiss), I always aim to get the woman’s nose on the near side. Next time! 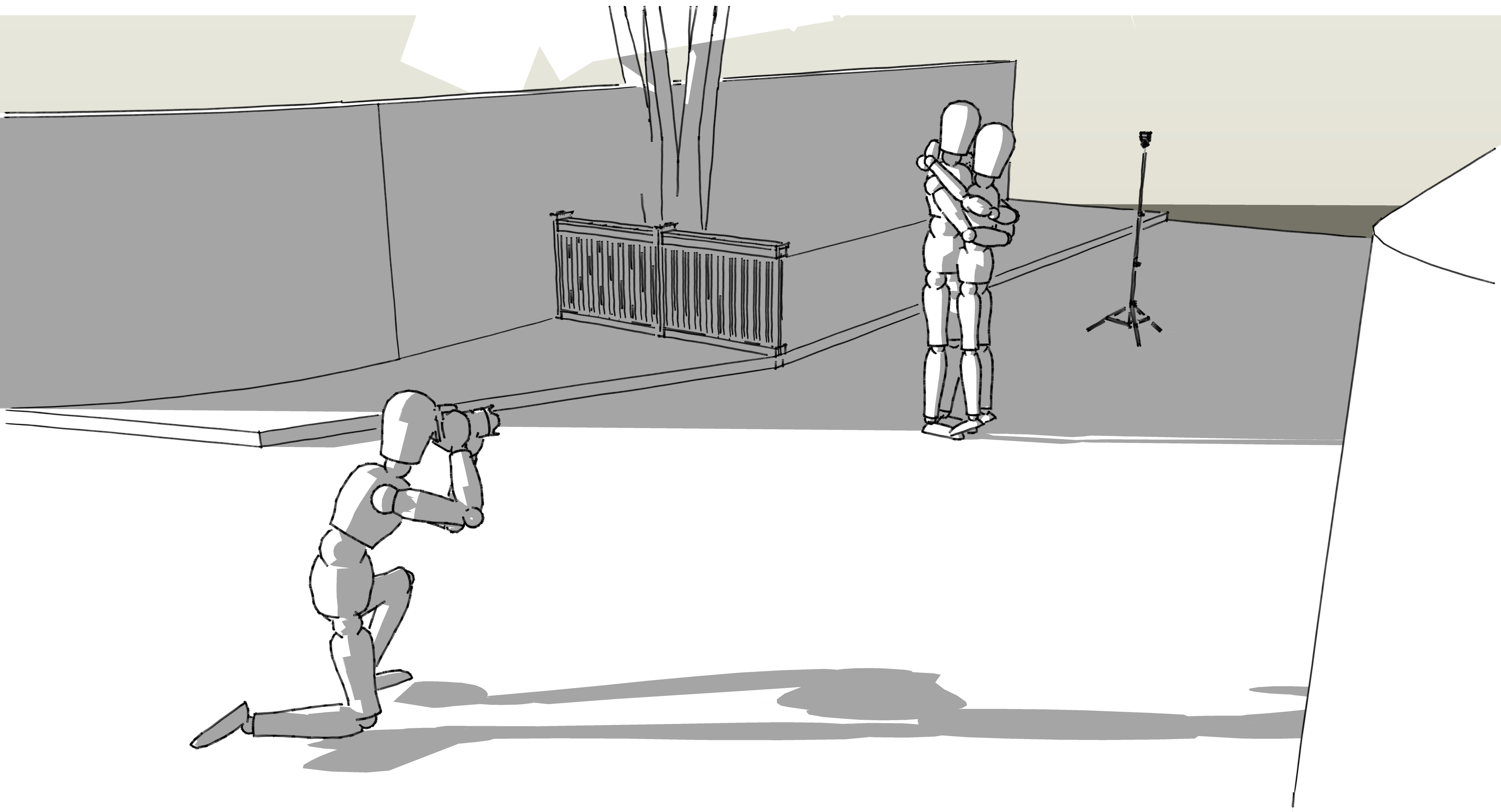