I was asked to photograph the local junior football team, which my son played for at the time. I had seven footballers, all under ten years old, and about a minute with each of them to get the shot done.

I wanted to replicate the style of the old Roy of the Rovers comic covers, so I decided to get the boys kicking the ball towards the camera. The time we had meant each boy got two attempts to send the ball in the right direction. The team’s coach stood behind me and caught the ball as it sailed over the top of my head.

That is, apart from the two times my son, Jake kicked the ball. His first attempt knocked me in the groin, while the second hit the edge of my lens. The strength of his kick meant the camera flew into my face, where the flash bracket cut into my forehead. I didn’t give him a third try…

Here’s how I created the shots, using Alfie’s one as the example.

I used two portable flashes to light Alfie. They are on either side of him, both pointing towards him. There’s one just out of shot on the left of the image (as we’re looking at it) which is slightly in front of Alfie, while the other, just out of sight on the right of the image, is slightly behind him.

The flashes were wired directly into my camera – this was taken before I owned radio triggers – and they recycled* slowly, so I could only take one shot per kick.

I was lucky that there were some clouds that day, so I could underexpose the ambient light to make the sky behind Alfie look more theatrical.

I had my camera on the ground, angled up towards Alfie. This adds drama and makes the viewer ‘look up’ to Alfie, making him the hero of the shot.

When I imagined this shot, I pictured it being like an old-school comic cover similar to the old Roy Of The Rovers kid’s stories from the 1980’s. I love the dramatic angles and viewpoints that comic illustrators use and I picked my lighting, angle and lens to try and create the same sense of drama and action.

The grass framing the bottom edge of the scene contributes to the impression that we are right in on the action. The pitch had just been mown, and the grass being flicked up by Alfie’s boot was a welcome bonus, giving a sense of motion and impact.

I wanted the ball to be coming out of the image, as if flying past the viewer. In the original photograph I took, the ball wasn’t quite big enough to create the drama I had in mind, so we used Photoshop to enlarge it slightly. However, this isn’t a composite image; it’s all from just one shot.

So; two flashes, a low angle and a little editing in postproduction. Oh, and one bleeding photographer. It was worth it, though.

*Recycled: the time taken for the flash to recharge, ready for the next use. 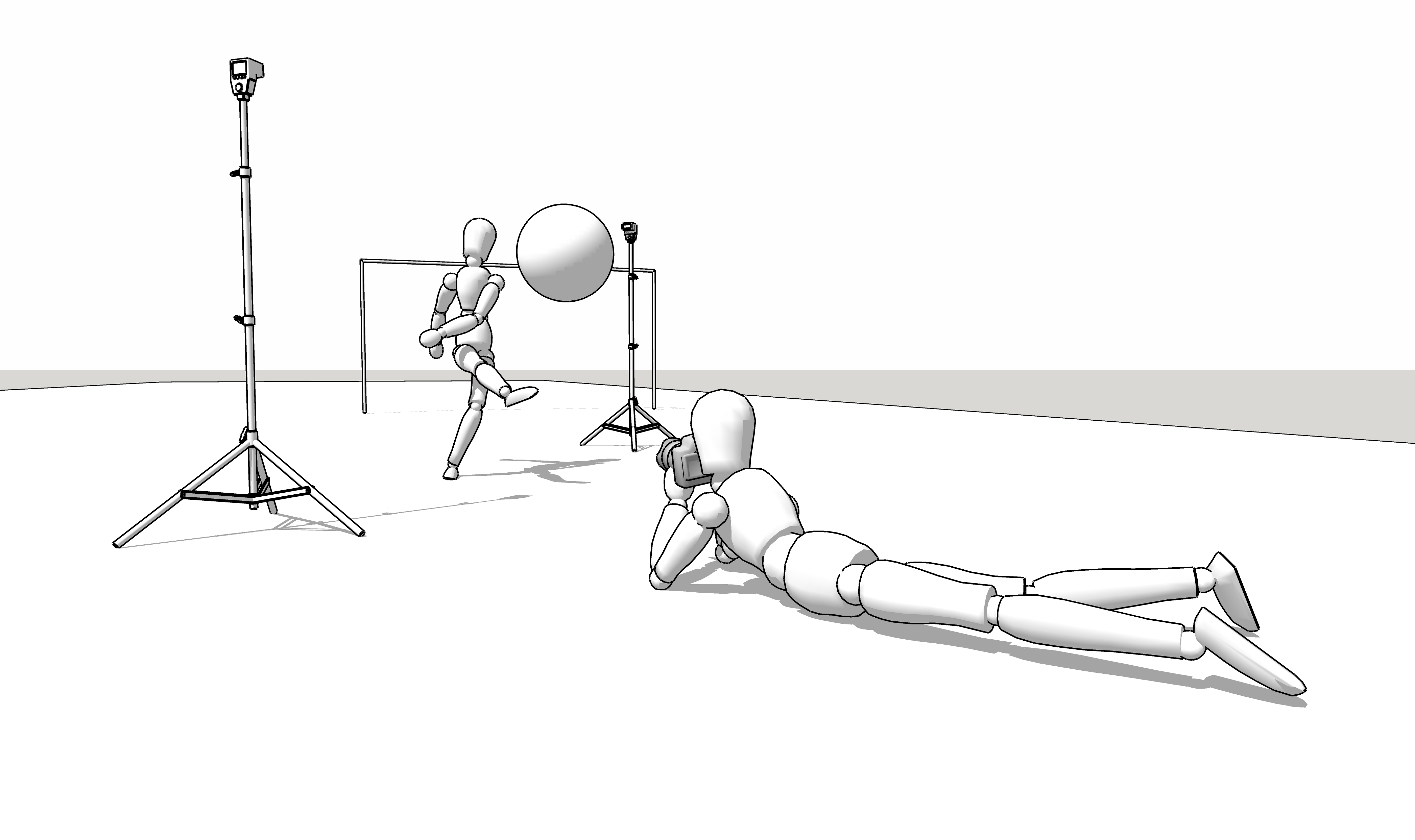