You don’t need flash to create a studio-style portrait like this one; you only need a little lighting know-how…

One of the highlights of our year is spending a few weeks on a luxury cruise ship… working, of course. We’re taken onboard as the lead photographers, with a remit of capturing beautiful images of their clientele in the stunning surroundings of the ship (with no cheesy printed backgrounds in sight).

On one particular cruise, we were looked after by a member of the bar staff called Themyo. Themyo was Indian, but from a part of the country near to China. She was one of the nicest crew members we have met, and was so lovely to our family. As a thank you, I invited her to take part in a free shoot towards the end of our cruise.

In a studio, I’d create a rim lit shot like this by placing one light in front of the model, and another behind her, both facing towards her. In a non-studio environment, I simply find two natural light sources (windows) in equivalent positions to where I’d place the studio light.

On this particular ship, I found a wall between two windows which would enable me to get the shot. Because the light wasn’t falling directly on the wall behind where Themyo would be standing, I could expose my portrait so that the background would fall into the shadows. To get the right lighting effect, I can move my model between the windows so that she is closest to the one I want to be casting the most light on her.

Themyo was wearing an off-the-shoulder dress. An outfit like this offers a bit of flexibility. With a little tweaking, Themyo could push the top edge of the dress low enough that it would be out of the frame. This creates a fine art implied nude portrait style.

In a studio you can move the lights around the model. When using available light, you need to move your subject relative to the light. With Themyo standing between the windows, I asked her to rotate her shoulders away from me slowly, watching her to see when the light fell across her collarbones. I asked her to stop just as the light brought out the texture of her hair and the outline of her form, resulting in this beautiful portrait. Easy when you know how (and now you do!).

For this particular shoot, Sarah was on hand to grab an image or two behind the scenes.  As you can (just) see in the image, there are no lights or reflectors for this image – just two windows. 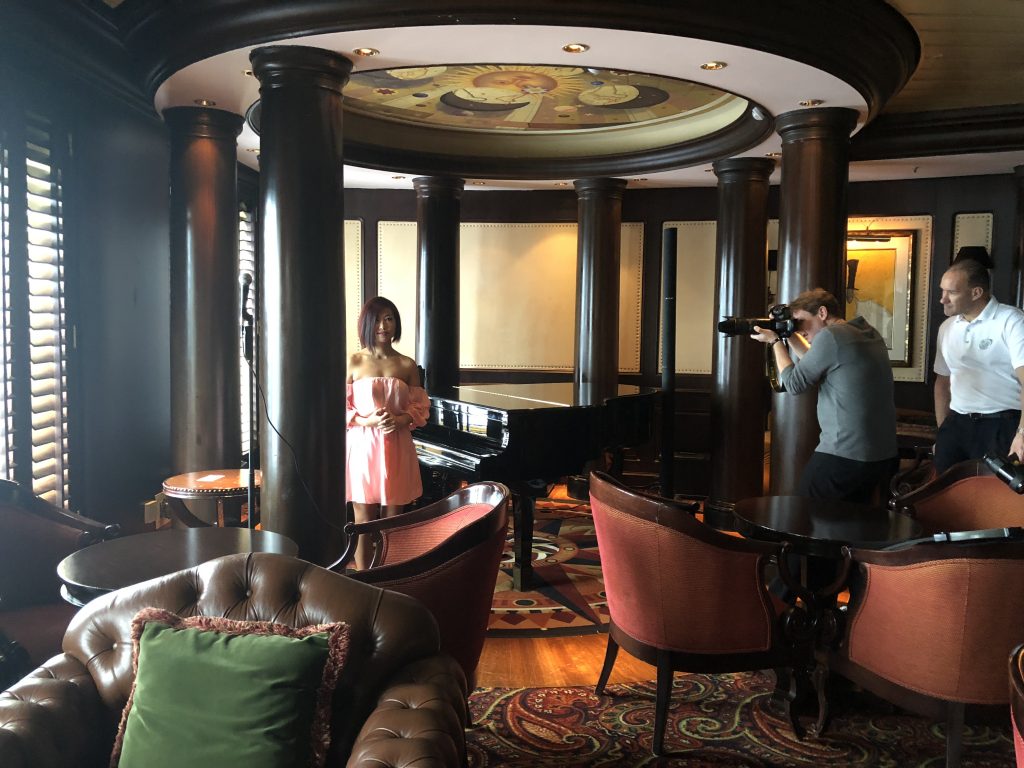 p.s. The free shoot as a thank you worked. A while later Themyo sent me a letter saying how much she’d enjoyed herself, and that her time with us had been one of the best days of her life. That’s high praise indeed when your job is sailing the seven seas on one of the world’s most uber-luxurious cruise liners!