Sunny days are a mixed blessing: lots of light but it can be harsh & unflattering. Here’s how you can use an unlikely reflector to shoot into the sun instead.

Sometimes parents pick a name for their child that fits better than they could ever have hoped. This is Iris, and wow – she has the most incredible eyes. How best to capture them, sparkling with light, on a sunny day, without the pitfalls of direct sunlight?

Shooting into the sun

Direct sunlight can be challenging to work with. It creates harsh highlights and shadows on your subject which can be unflattering, so careful positioning is needed. Asking a child to hold an exact position is a frustrating pursuit, so that’s no good. In addition, direct sunlight makes subjects squint, wrinkling up their eyes.

So if you’re photographing a young child, and there’s no shade around (or you’ve exhausted its possibilities), what else can you try? One option is to shoot into the sun, with a reflective surface behind you. That’s what I’ve done here. The sun is behind Iris, turning her hair into a halo of light – this is called rim lighting. There’s also some puddles of dappled light in the background, adding interest and bokeh*.

Behind me is the large, pale wall of a house. It’s this surface that’s reflecting sunlight on to my subject, making Iris’s face and eyes glow. Because it’s a matt surface, the light that’s reflected is soft, even and not too bright – meaning Iris’s eyes are at their widest, with no squinting at all.

Wikipedia describes Bokeh as: “the aesthetic quality of the blur produced in the out-of-focus parts of an image produced by a lens” but to create those ‘out-of-focus parts of an image’ you need a relatively shallow depth of focus – particularly if the background is quite close – usually meaning the aperture needs to be wide open. All lenses have a Bokeh but not all of them create an attractive one! P.
I’ve tilted the camera as I’ve shot, so that it feels a little more interesting than a vertical image. It means that Iris fills the frame more than she would if the camera was upright: there’d be empty spaces either side of her head in a vertical version.

So there you have a simple recipe for a great portrait: a stunning subject, soft reflected light and a little bit of interest thanks to bokeh and diagonals. 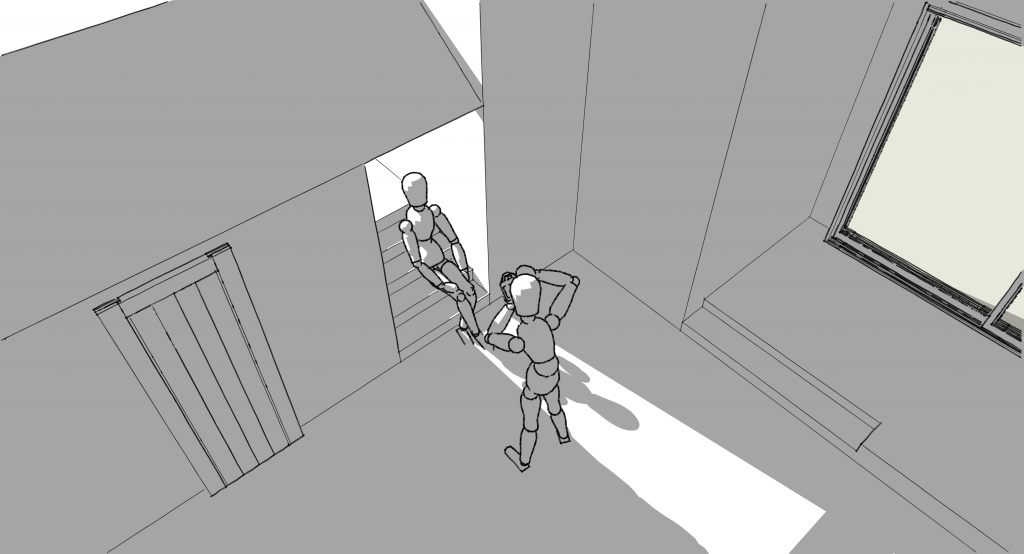