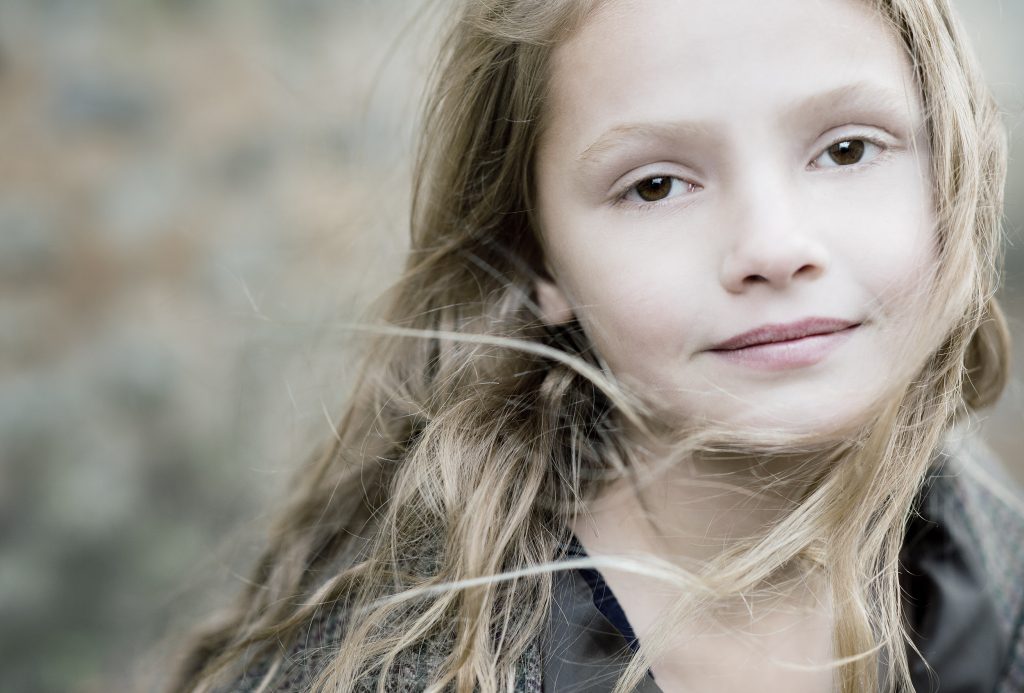 You don’t need studio flash to achieve a clean, simple portrait with great lighting. This was taken outdoors at the end of the shoot, and is ridiculously easy once you know the trick.

I had nearly finished a family shoot and wanted to get a simple portrait of each member of the family. I asked Willow to sit on the curb at the road side so her face tilted slightly towards me as she looked up towards the camera.

This meant the bright but cloudy sky above and behind me softly lit her face and produced a beautiful catch light in each eye, right where I would aim to have it if I was working with studio flash.

Willow was wearing a brown coat and the stone wall in the background is a light brown. This meant all of the tones in the scene are very similar. I enhanced that further by reducing the saturation in Photoshop, giving an even more harmonious finish to the image.

I have cropped deliberately tight with Willow’s eyes high in the frame as this felt right to me. This has put her eyeline just above the top line according to the compositional rule of thirds. If I had cropped this portrait with her face in the middle it would have felt unbalanced.

A tight crop like this also makes it feel more intimate when you view the image, as though you’re close to and having a conversation with Willow, perhaps.

Note that there’s plenty of space between her chin and the bottom edge of the frame, though. Never crop into someone’s chin (unless – perhaps – you’re capturing an extreme close-up)! 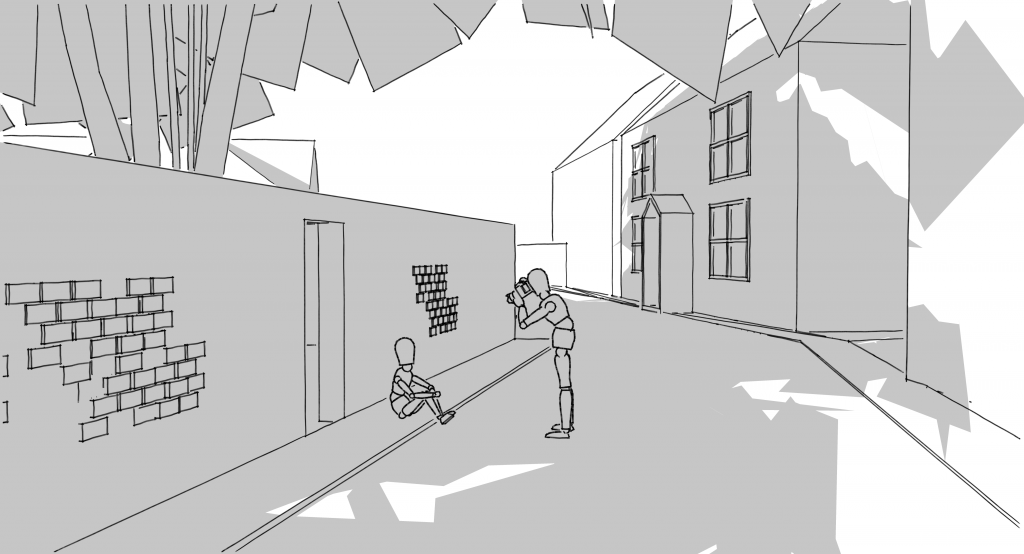