Obviously you won’t get far in photography without having the necessary kit – but which type of camera is best for portrait photography? There’s more to it than just having a high count of megapixels – unless you’re printing out huge enlargements of an image to go on the wall, a lot of the pixel detail will go to waste anyway. Instead, look for sensor size, lens quality and the ability to have full control over the camera’s settings.

Once you commit to a brand’s camera system – whether Nikon, Canon, Olympus, Sony, Pentax or a less well-known name – you are tied in to their stock of lenses and accessories, so make your decision with the full range of equipment in mind. Having said this, there are adapters you can get that enable some mixing and matching between brands, and there are other third party manufacturers like Tamron and Sigma who offer a number of Nikon- and Canon-compatible lenses.

On the whole, however, you are making a long-term commitment to a particular brand of camera system, so go in-store to try them out. Pick up all of the different cameras which fall within your price bracket, note how they feel in your hands and try taking a few test shots. Choose the one that makes you want to go straight out and shoot. Bear in mind that while prices may be cheaper online, if you buy your kit from a store then you have somewhere to go if it breaks.

There are two very different camera types for serious portrait photographers to choose from: 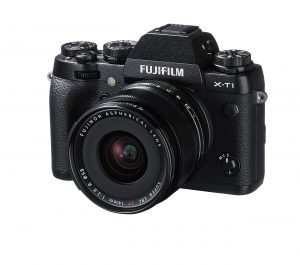 MILCs are smaller than DSLRs because they don’t use an internal mirror to reflect the scene up into the viewfinder. Instead, the scene is shown on an electronic display on the back of the camera. This can cause a slight lag compared to DSLRs, which show a live view.

The lack of a mirror in MILCs, however, allows the lenses to sit much closer to the sensor, which means that lenses don’t have to be as large as those on DSLRs to let an equivalent amount of light through. With smaller camera bodies and smaller lenses, MILCs are far more portable than enthusiast- and pro-level DSLRs, yet often have image sensors of comparable size and output quality to DSLRs. As the lenses are interchangeable in MILCs, you can buy a range of different types for different shooting situations.

MILCs have a quieter operation than DSLRs, and their more discreet profile makes them well-suited to street photography or candid portraiture, where the appearance of a DSLR may attract too much attention.

As MILCs are a relatively new breed of camera, current body and lens choices are much more restricted than for DSLRs, although if you already have a lot of DSLR lenses, you can get an adaptor which enables you to use them on some types of MILC, too. In addition, as the technology is less developed than that for DSLRs, the autofocus systems aren’t yet as good, particularly in low light situations or when the subject is moving. 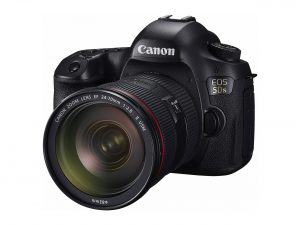 DSLRs are named after the ‘single lens’ view they provide, due to the internal mirror which reflects the scene from the lens up to the viewfinder. This mirror flips out of the way just before the shutter opens, allowing light from the scene to reach the camera’s sensor. The mirror mechanism takes up a significant amount of space, resulting in bulkier camera bodies than MILCs.

Nevertheless they are the camera type of choice for the majority of professional portrait photographers, due to their speed, reliability and durability. There are a huge number of lens options available on the market, giving a range of options for different shooting situations, lens effects and price points.

DSLRs have big image sensors and lenses, allowing lots of light into the camera and a larger surface area for it to fall on. They are compatible with additional accessories that will enhance your portraiture, such as flash guns and triggers for studio lights.

There are entry-level, mid-range and top-end DSLRs to choose from, with increased build quality at the higher price points, offering better resistance against rain and bumps. The more you spend, generally the higher resolution you get, as well as ever-increasing ISO ranges which enable low light photography. Top-end DSLRs offer ‘full frame sensors’, which means  a wider angle of view and maximum image quality as smaller sensors crop into the scene to make up for their size.

Expect to pay under £500 for an entry-level camera, £800-£2,000 for a mid-range and £2,000+ for a pro-spec DSLR body. Whatever your budget, make sure there’s enough left over for a top-spec lens, as the lenses that come with entry-level and mid-range camera bodies aren’t going to get you shots like the ones on this site. 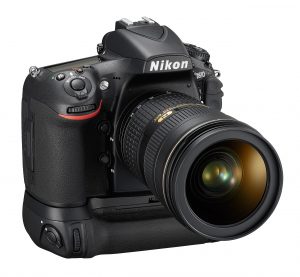 Pixel count is often considered the foremost consideration in digital photography, but the sensor size is actually more important. The sensor is made up of many photosites, each one responsible for recording the light that will generate a single pixel in the final image. Larger photosites will record more light, so in general will produce a better image than millions more small photosites crammed onto a tiny sensor. This is why smart phones with an in-built camera (and a typical sensor size of just 5mm long), struggle in low light situations compared to MILCs and DSLRs (which generally have an APS-C sensor which is up to 23mm on its longest edge).

Top-end DSLRs have what’s known as a ‘full-frame’ sensor, which is 36 x 24mm in size. As APS-C sensors are smaller than the full frame, they crop into the scene slightly, meaning that the focal length of any lens they are used with will become magnified. The extent of this magnification is labelled as a ‘multiplier’ on all camera bodies with a crop sensor.

Other factors to consider are in-built image stabilisation (top-end lenses increasingly offer this, so it shouldn’t be a deal-breaker if it isn’t included in the camera), sensor cleaning (usually by vibrating the sensor at start-up to clear it of any dust particles) and wider dynamic ranges (which indicate an ability to cope with detail in high-contrast images).

More important than buying any specific camera is getting to know whichever one you choose inside out, until you can instantly adjust the ISO, aperture and shutter speed without looking, and you know by gut feeling whether the shot will be right or not as you hear the shutter movements click.