Who ‘Nose’ The Rules?

The ‘nose room’ rule & ‘cheekline’ rule are are rules about noses in portraits that you need to know, even if you decide to break them to create visual tension.

I had just finished a shoot with Ryan and his sisters in a wood on his farm. We were walking back when I saw this caravan and thought it would look make an interesting background for a portrait. So I asked Ryan to sit on the wooden pallet – a makeshift step – in front of it.

Note that rules are ALWAYS there to be broken! Conventional wisdom says I should have asked Ryan to look to the right, or recompose the frame to create space in the direction of his gaze: I tried both and, for me at least, neither had the ‘bite’ of this final image. So I simply ignored the rule!

I tidied up his position a little – asking him to lean back against the caravan and relax the position of his legs to make the pose look more natural. Then I considered his face with regards to the two nose rules – deciding to break one and follow the other.

I asked Ryan to look to his right, then framed the shot so that he is looking towards the edge of the image. This does a couple of things. Firstly, it creates curiosity and intrigue about what he’s looking at. Secondly, it adds a little tension and edginess to the shot, as it breaks the ‘Nose Room’ rule.

When looking at an image, our eyes follow the direction of the subject’s gaze. Therefore, the Nose Room rules states that you should allow sufficient room around your subject, particularly in the direction they’re looking at (typically, that’s the way their nose is pointing, hence the rule’s name).

Complying with the Nose Room rule ensures a more harmonious composition. Ignoring it creates a little more unease in the viewer, as was my intention here. It just adds a little punch to an image that might become boring if it’s too harmonious. And it’s good for the soul to break a rule every now and then.

The second rule about noses is to always keep them within the cheekline when your subject is looking away from the camera. If the nose breaks through the outline of the cheek, it will look more prominent. It is rare to meet someone who wishes to exaggerate the size of their nose, so keeping it within the cheekline is the safe bet. You can see here that I have obeyed this rule, this time.

Lastly, I converted the shot to black and white in post-production. There were too many colours going on, and I prefer working with a limited palette. Now the colours have become different tones of grey – much better. 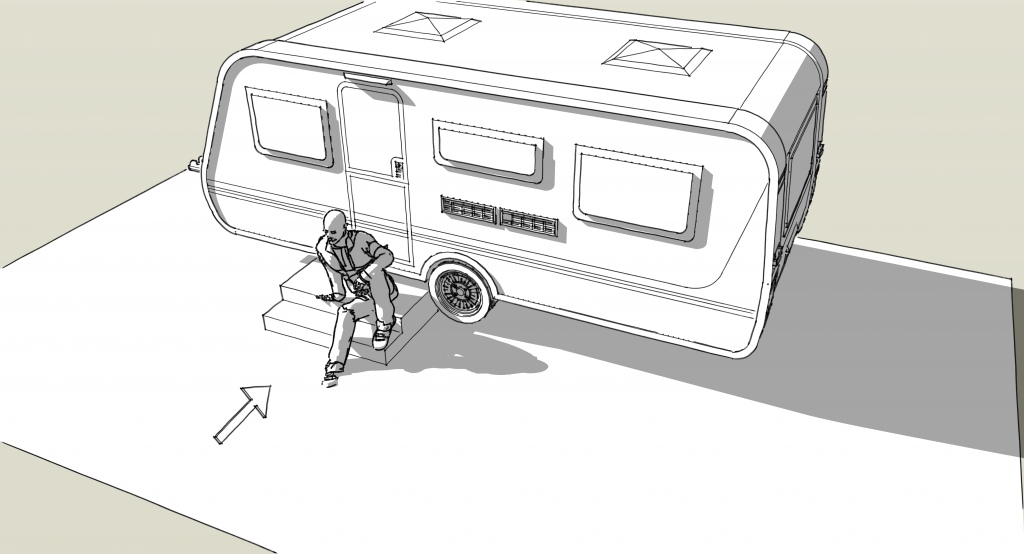