Shooting families with young children? Accompanying everyone on a walk allows you to capture relaxed shots like this one, with everyone being themselves and interacting naturally. It also means you are likely to end up getting muddy…

Rolling in the mud

Twiggy, mud-splattered clothing is now an expected part of my appearance after an outdoor shoot. I spend a high proportion of my working day lying on my stomach, trying to get the lowest angle possible.

In a portrait like this one, a low angle achieves three things. Firstly, the nearest section of the path has become blurred, making it more abstract and providing a framing device on the bottom edge of the shot. Secondly, lowering my position made the trees on the left and fence on the right become leading lines, drawing the viewer’s eye towards the boys, Noah and Bailey. But most importantly, a low angle brings a narrative element to the image.

How you frame your subject – and what they are doing within that frame – removes or provides context. The lower the camera angle, the more of the subject’s surroundings we can see. This means the portrait becomes much more than just a nice photo of Noah and Bailey; it starts to tell a story. By this I don’t mean a piece of fiction with a beginning, middle and end, but more of an excerpt. We can infer what is going on, rather than just seeing what the subject looks like.

Most portraits don’t tell a story. The photographer’s intentions are more superficial. Perhaps he or she wants to capture and flatter the subject (“Aren’t I good looking?!”), to provide a form of social proof (“I was here!”), capture an event reportage-style (“She gave him a kiss”) or depict flat representations of a person (“Here’s what he looks like”). These images make their point and we can move straight on; they are a visual fling.

Images that convey narrative offer the viewer a deeper relationship. They invite questions from the viewer, such as “Where are the boys going to?”, “What are they talking about?” and “What will they do with that stick!?”. They prompt us to layer our own memories and emotions onto what we see.

For me, this image recalls the everyday adventures of childhood, when we’re still naive to life’s worries and dramas. It reminds me of illustrations in children’s storybooks, in particular bringing to mind E. H. Shepard’s drawings of Winnie-the-Pooh holding hands with Piglet as they walk into the distance.

It’s easy to capture someone’s likeness. It’s bit harder to do it in a flattering way. It’s much more interesting to do both of those things but also tell a story. Aim for the latter.

Noah and Bailey were walking away from the camera, so there’s a couple of things I did to make sure I captured the shot I had in mind. Firstly, I used a fairly fast shutter speed (1/500). Secondly, I used continuous focusing so that the camera was tracking their position and keeping them in focus. Lastly, I set the camera to continuous shooting and fired off a burst of shots, so I could pick the one were the boys’ feet were in a optimum position. Noah’s foot is just about to hit the floor; Bailey’s is just about to be lifted. This gives the image a sense of movement and anticipation. 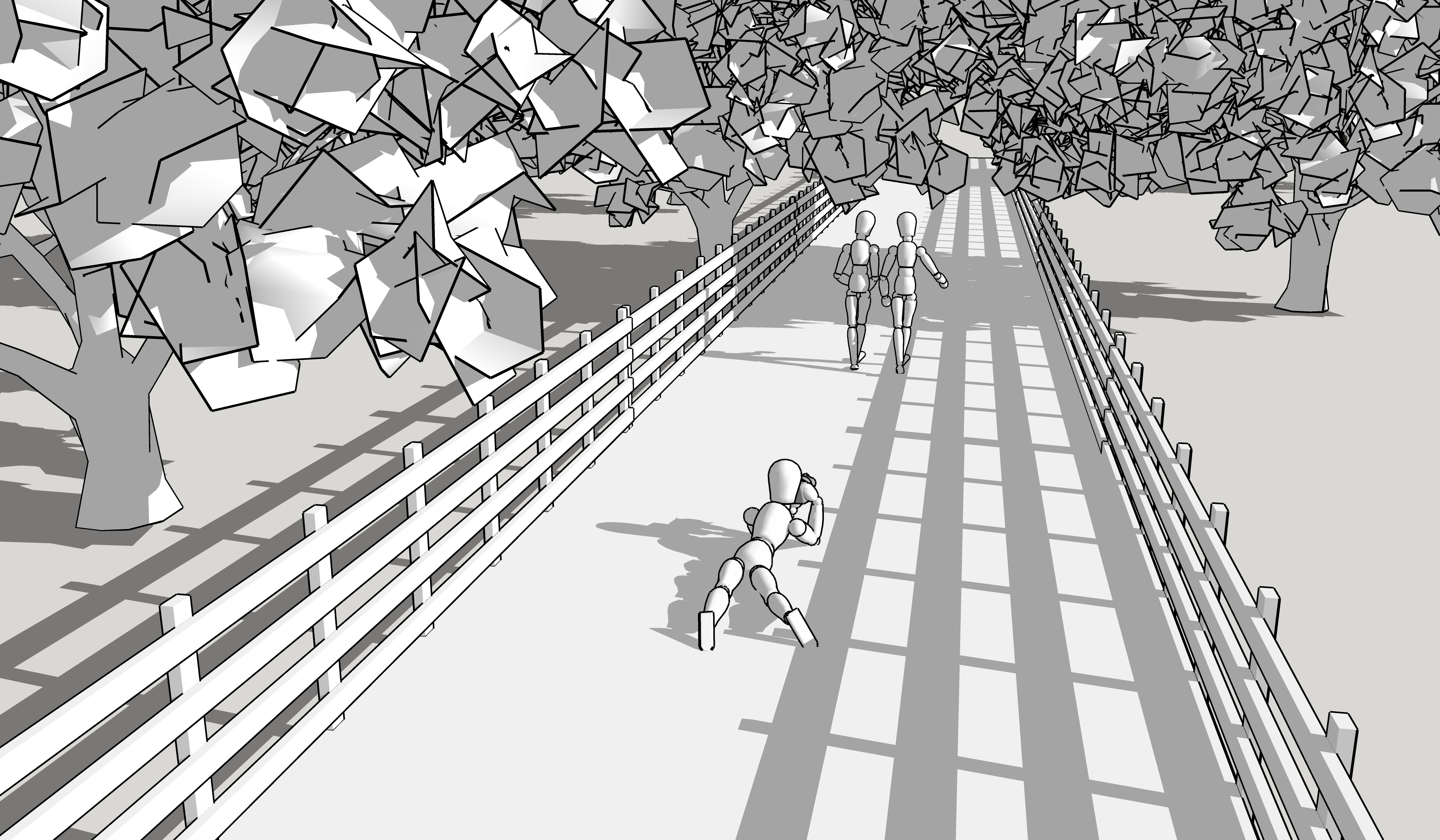