Placing The MD In The Middle

Positioning your subject in the middle of the frame can appear unimaginative. Here, I’ve made sure it’s a bold choice, by using elements of the environment to create a composition that’s both graphic and visually striking.

Maurizio Brusadelli was the UK MD for Cadbury when I first met him. I was working with the confectionery giant to capture their part in the 2012 London Olympics. It was a lot of fun but also a full-on year, when I spent more time in London than at home.

After the Olympics I was asked to photograph Maurizio to create publicity images of him for his new role. I was booked in by his team and expected the normal tightly timed slot in which I’d have just 15 or 20 minutes to create a whole bunch of potential press and magazine cover images.

I was setting up in his office when he walked in, and asked him – as I always do – “How long do you have?”.

He gave a big, Italian smile before responding, “Oh, an hour or two.”

Ah, happy times. I then spent a blissful hour creating wonderful imagery of him, all shot with potential magazine and newspaper articles in mind.

This particular shot was taken in the restaurant at Cadbury HQ. The space was decked out with these amazing seats and tables with what can only be described as hedgerows along the back of them.

I asked him to sit at one of the tables and, as he did so, he clasped his hands as you see them. This beautifully echoed the interwoven panels of the wooden light fitting above his head.

I’ve emphasised this similarity by ensuring Maurizio is directly beneath the fitting, and that both elements are central in the frame. This connects the subject to the environment and gives the portrait a graphic look. It transforms a boring shot of someone sitting in a canteen booth into a portrait that looks and feels crafted and intentional.

I’ve positioned a speed light to the right (as we’re looking at it), slightly above Maurizio’s head height and aimed down towards his face and torso. You can see the shadow this creates on his left. One of the reasons for positioning the speedlight high up is to give the impression that the light falling on the subject is coming from the lamp fitting above him.

It’s a very simple trick, and a straightforward image, but one that is very effective. To replicate the graphic feel, look for symmetry or striking shapes in your environment, and create a visual connection between them and your subject in the frame. 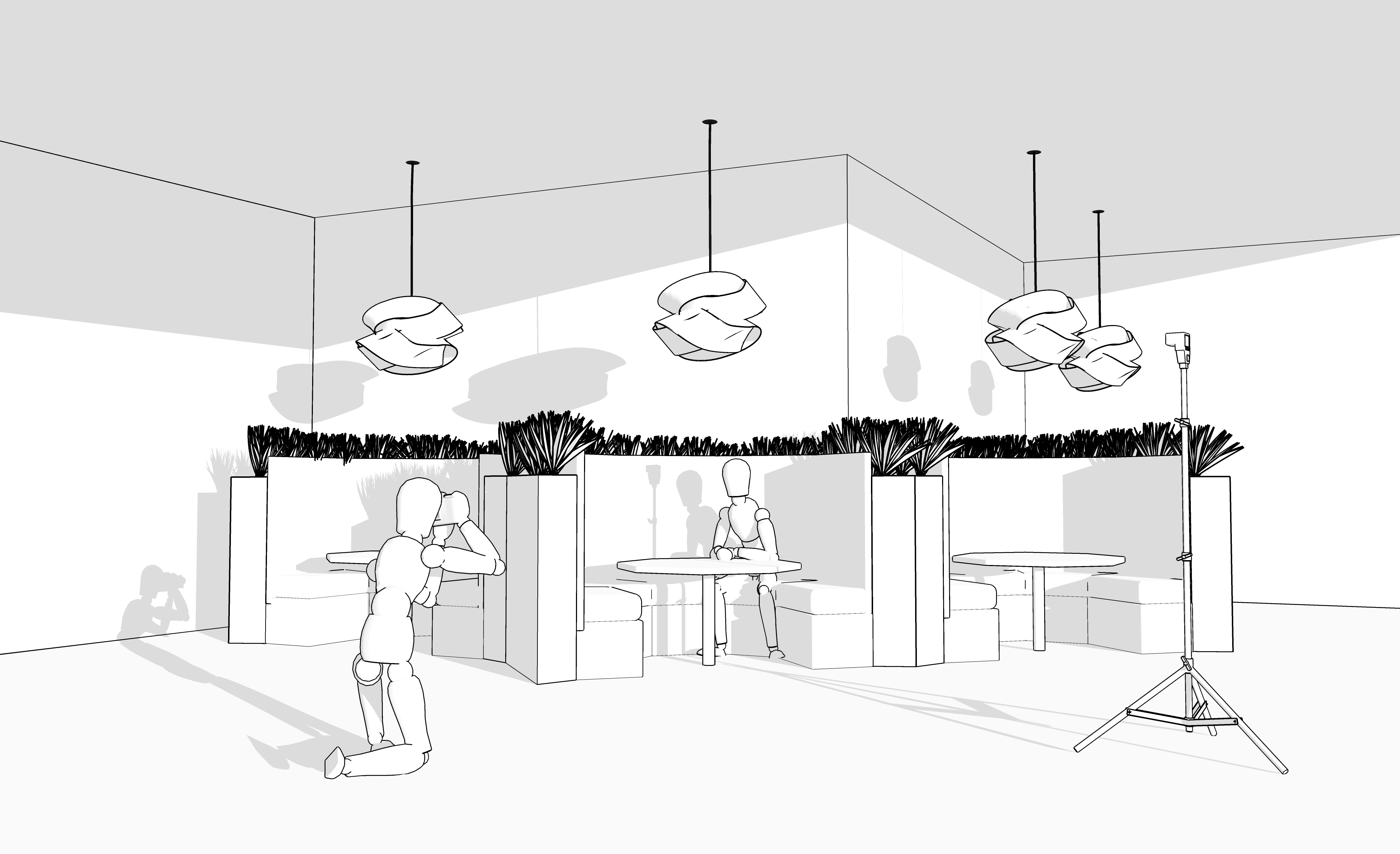