The Golden Spiral is a compositional tool that helps you create more high-impact portraits. Here’s how I used foreground foliage to create the spiral’s curves.

The Golden Spiral is a compositional guideline that helps you place key elements of your scene within naturally powerful areas of the frame. In portraiture, that key element is typically your subject’s face or eyes.

The Golden Spiral is based on an ancient design principle that found a ratio of 1:1.618 is the most visually pleasing. There’s speculation (among those who care to debate such matters) that it might just be a more refined and superior version of the Rule of Thirds. But how does it work in practice?

How to create a Golden Spiral 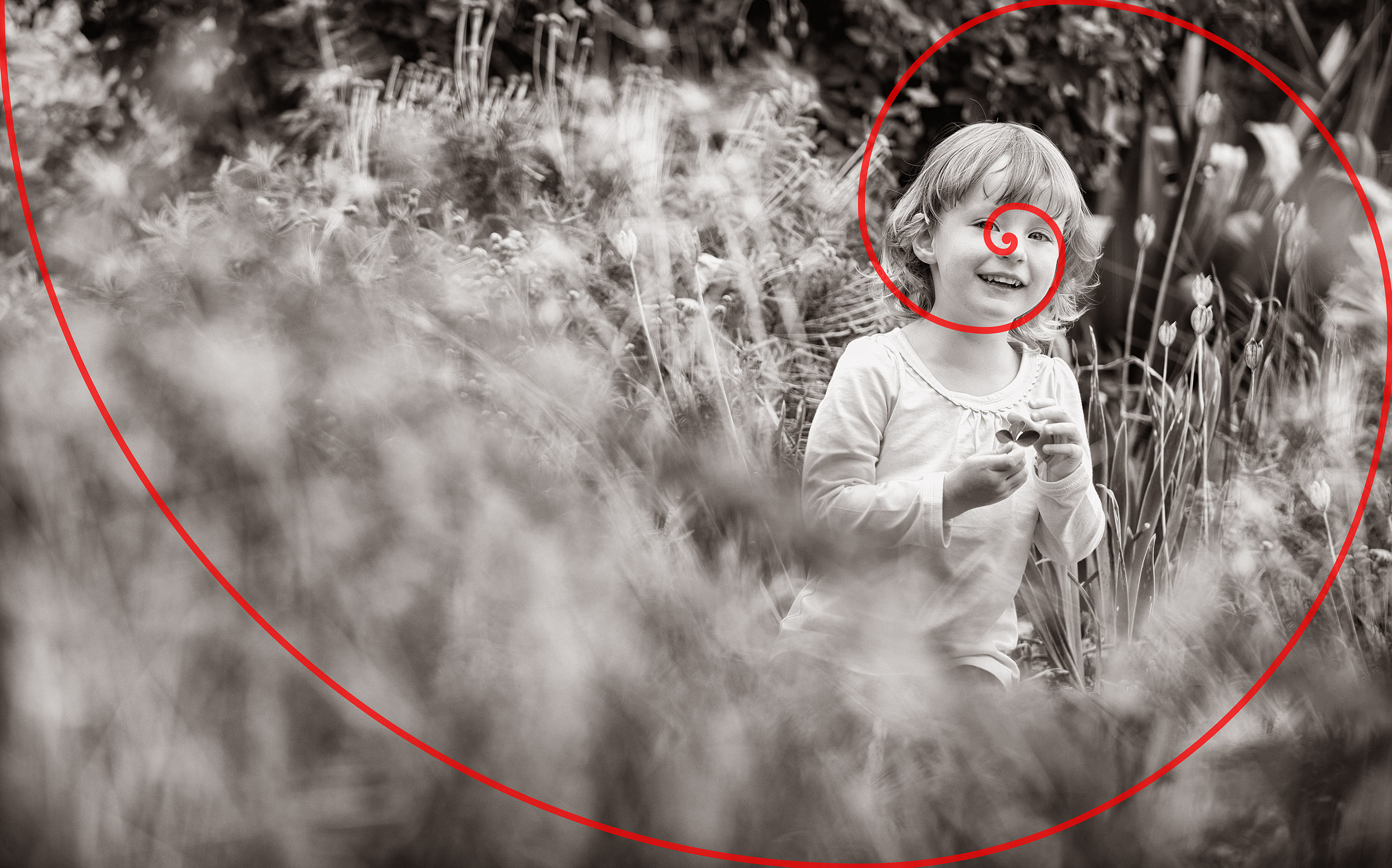 A wall portrait that measures 1m along its height, and 1.618m on its width (or vice versa), is thought to possess the most visually pleasing height : width ratio for a rectangle. That’s called the Golden Ratio.

Now imagine you grab a pen and draw a line down this wall portrait at the 1m point along its width. That would give you a 1m square on one side of your line, and a rectangle on the other side. Like magic, that rectangle’s dimensions will also comply with the 1:1.618 Golden Ratio.

This curve/ratio is found repeatedly in nature (in cells, shells and plants, for example) and it’s a composition that humans are naturally drawn to. You can use it in your portraiture by placing your subject’s face and/or eyes within the area of the spiral’s tightest curls. Extra compositional points are available if you replicate the outer curved lines of the spiral, like the foreground foliage does in this image of young Julia.

Creating vignettes and being silly

Other than angling myself to take advantage of the Golden Spiral in my composition, what else makes this shot work? For me it’s the engagement with Julia and the way the long grass frames her.

I love getting the camera low down and shooting through things that might create an interesting vignette (meaning a softening, darkening or lightening of the image around the subject). The grasses in the foreground had an interesting shape and texture, with a handy gap for me to shoot through, so I positioned Julia so that the grasses framed her.

I was messing around (my default state of being) and chatting away with Julia about the plants around us. She had picked one up and we were having some silly conversation about it – enough to make her look towards me and smile. I was ready for the moment, and grabbed the shot.

The foreground is nicely blurred by my depth of field settings (f/4 on a 190mm focal length), contributing towards a portrait that feels natural (rather than contrived) and full of nature, too.