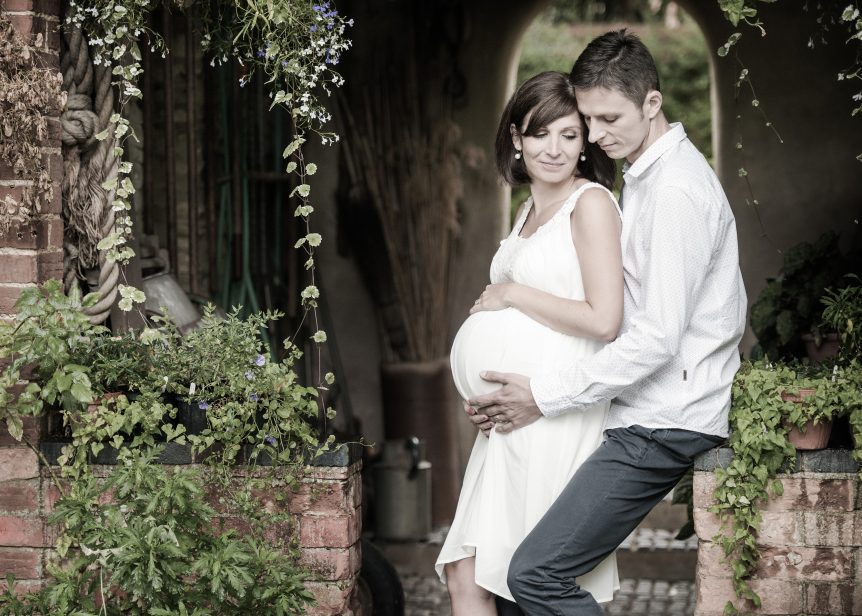 Family In A Frame Within A Frame

Frames within the edges of your image are a powerful way to strengthen your composition. Go one step further by stacking multiple frames-within-a-frame, as in this portrait of Mimi and Milos.

Mimi and Milos came to the studio having researched us more thoroughly than any client we’ve ever had. They wanted a series of shoots documenting the birth of their first baby, Dominik and Mimi brought numerous outfits with her, each of which was perfect and well thought out.

We spent a while chatting about what they wanted and how we’d go about it. For me, pregnancy and newborn shoots are about family: the two of them (or three once baby arrives) and the closeness that goes with starting a new life. All of the pictures I took during this shoot aim to reflect this.

When I was composing this portrait, I wanted to include a frame-within-a-frame. Achieving this adds visual interest to the image while also bringing your eye back to the couple each time you explore the details of the shot.

While it’s relatively straightforward to include a frame-within-a-frame, what is more unusual (and even more effective) is to do this multiple times in a single image. In the foreground of the portrait, level with the couple, is a low brick wall that visually points towards them from both sides. The bricks extend up the left side of the frame and combine with the potted and hanging plants to further surround the couple with texture and interest.

To further strengthen the composition, I’ve chosen a spot in our studio garden where the couple will stand out as the lightest part of the scene. Our eyes are drawn to contrast, and will naturally look first at the brightest areas of an image. Lastly, I’ve composed so that Mimi and Milos are in one of the key parts of the image frame, according to the Rule of Thirds.

In combination, these elements produce an image that looks crafted, a work of art rather than a snapshot.

This is a simple image but it really goes to the heart of their relationship and how they feel about having a new addition.

We have carried on photographing their family as Dominik is growing into a beautiful little boy, although they have now moved to Spain so we don’t get to see them quite so often!

As well as displaying this image in a beautiful 40-inch frame, Mimi and Milos also combined all of the images from their shoots into a lovely bespoke album. They tell me it brings huge amounts of joy to them when they look through it. And that’s the kind of reaction that we portrait photographers live for.