When Liv and Hannah turned up in opposite-coloured tops I had to adapt from my usual tendency towards portraits with narrow tonal ranges. Getting forced out of your usual habits can result in some of your most creative images, so use it as an opportunity to experiment.

When all else fails, you can always exaggerate differences for creative impact. Liv and Hannah came into my studio as part of a project for MasteringPortraitPhotography.com. I prefer harmonious colour palettes when it comes to my subjects’ wardrobe choices, so I asked them to wear tops in complementary colours. The message got lost somewhere along the way though, with Liv turning up in a black top and Hannah in white.

Throw out the playbook

I was stumped for a moment. They didn’t have anything to change into, so I had to throw out my usual playbook. After a few minutes’ deliberation, I set up the white paper roll background in the studio, and then I draped some black velvet over a wooden door, which I propped up on carpenters’ stands. I placed this in front of the white paper roll, making sure the velvet finished in a straight, vertical edge next to the white.

I used one soft box about 45 degree to the front left side of Liv and Hannah. This lit the ‘mask’ of their faces (the front part of the face containing the eyes, nose and mouth) in a way that flattered them both.

Then I used two strip lights (long, rectangular-shaped softboxes), angled towards the white paper background that would be visible behind Liv. This would ensure that half of the background rendered as a fairly bright tone, rather than mid- or dark grey.

Then I put Hannah in front of the black half of the background and Liv in front of the white. I posed them with just enough overlap between their bodies to convey what close friends the pair are. And then I picked up the camera and tried to make them laugh: this could have been at me or with me – I don’t care when the expressions are as good as these! 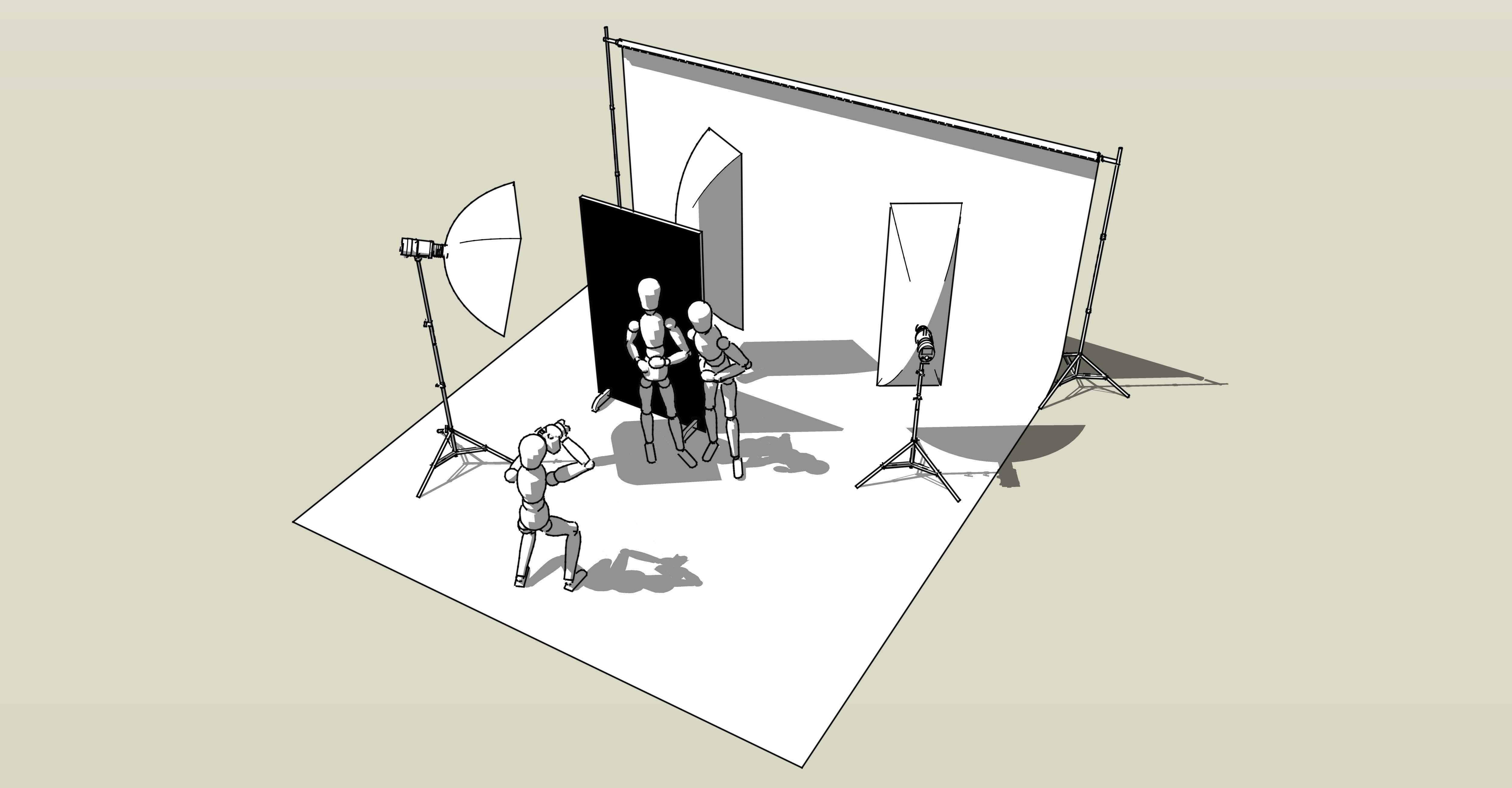 I just wonder what impresses me most: the way the idea of the picture has been realized or how well the communication worked between you and the two women, resulting in such a relaxed pair-portrait. A really beautiful photograph!

Thank you Heinz – this was just one of those ‘necessity is the mother of all invention’ moments – they simply weren’t wearing what I had expected!