Thieves, drumsticks and the story behind my very first Nikon

We’re in Starbucks in central London. We’re taking our daughter to see The Lion King, and we’re passing time before the show starts. The tickets are tucked inside my camera bag, along with my trusty Pentax, loaded with film. This is 2002, after all. The camera bag is on the floor under our table. When we’re ready to go, I reach for it and it’s no longer there. Our house keys, my wife’s purse, the show tickets and the camera inside it have been stolen. A great day out quickly turns into a stressful evening.

A few weeks later I head into the London Camera Exchange with a fistful of money from the insurers. I have not yet been paid for any of portraits I’ve taken – it’s just an enjoyable hobby. But I knew that buying another film camera would be a short-term solution.

As an ex-drummer, I had already watched the analogue to digital revolution transform the music industry. Critics and commenters would loudly proclaim that analogue sound was far superior, but the crowds were choosing CDs over vinyl. With market forces heading in that direction, the quality of digital music would quickly improve. I saw the same wave was about to crash through the camera industry.

So I asked the sales rep what was available in digital. The Nikon D1 was available, but far exceeded my budget. The sales rep recommended the Canon D30 so I picked one up and played with it. It was… fine. Seeing my unenthusiastic reaction, the sales rep mentioned that a new Nikon body would soon be available. It would basically be a digital version of the F100, he told me, and handed one of those over for me to try.

As a drummer, I would try out drumsticks before buying them by feeling their weight and shape, and passing them hand-to-hand. The perfect drumstick doesn’t make you more talented or creative, just as a perfect paintbrush won’t make you a better artist. But if you choose the wrong tool, everything feels harder.

When I picked up the F100, I felt excited. It wasn’t about the features or pixels, because this wasn’t the digital body I would actually be buying. It just felt right. I have fairly small hands, and the F100 slotted straight into them. There was an instant connection, like the camera was an extension of me.

I pre-ordered it on the spot and bought a 35-70mm f/2.8 lens and a flash gun, too. Then I counted down the days until my new Nikon arrived. It was everything I hoped for and more.

One of the first professional shoots I did was of a young boy called Ben (follow the link for the lighting diagram and behind-the-scenes story). His portrait, taken with the 6MP Nikon D100, beat pictures taken with newer, higher res and more expensive cameras to make it onto the cover of my book, Mastering Portrait Photography, ten years after I took it.

My most recent upgrade is the D5. I’m certain that mirrorless is the future. Mirrorless cameras encounter fewer technical issues, like misalignments when focusing and parts getting jammed as the mirror swings up and down. But I don’t think mirrorless technology is sufficiently advanced to meet the expectations our clients have of our business, so we’ll probably be getting the D6 next. And I will be just as excited when that arrives as I was when I first held the F100. 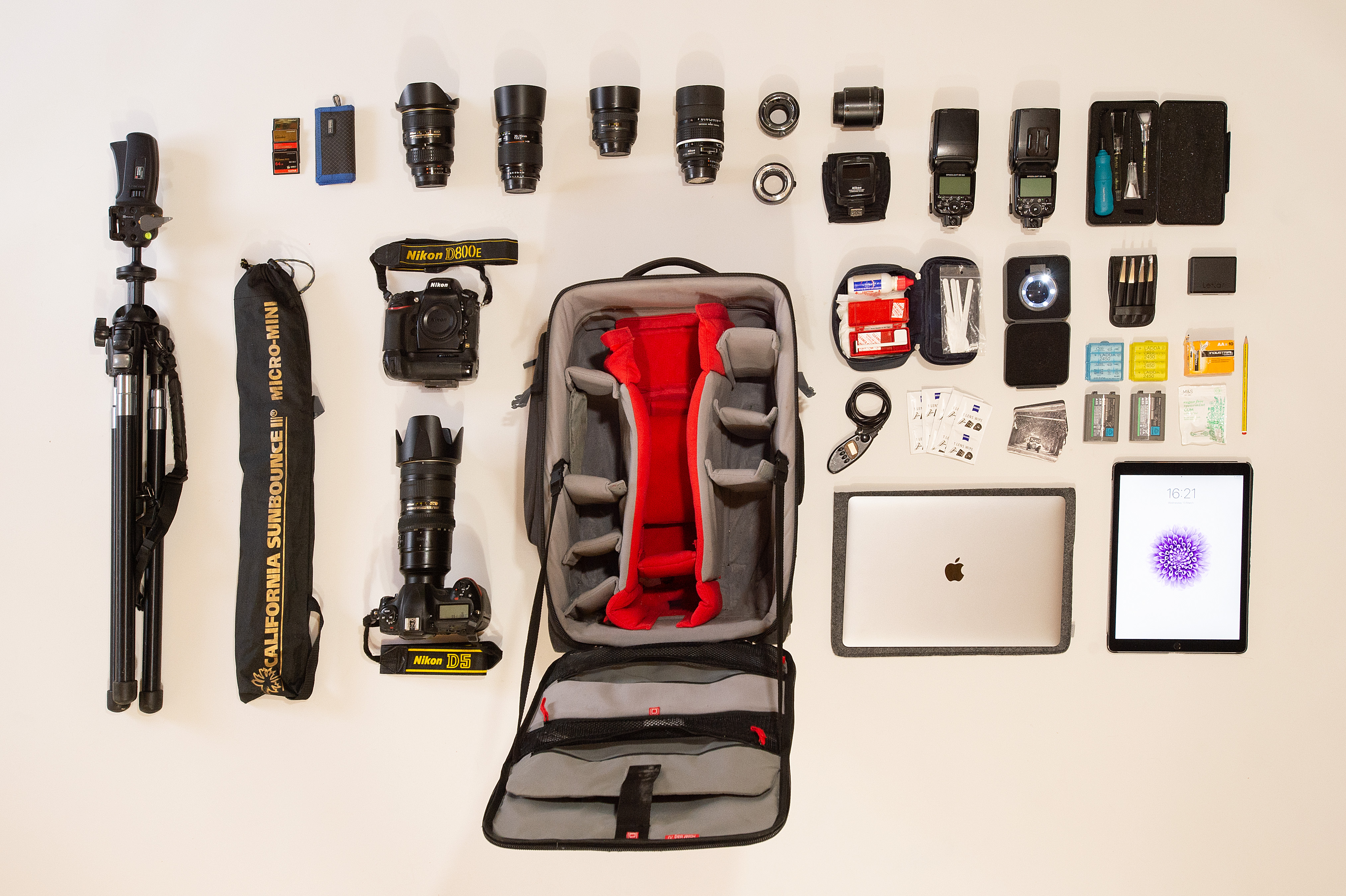 What I’d buy if I was starting over

Like any photographer, I have a weakness for kit, thinking that my next investment will make all the difference. Of course, there are some core elements that you obviously do need. Beyond those, it’s your eyes, your confidence and your ideas that make you a great photographer, not your kit. So here’s what I would get if I was starting over:

N-Photo is the only magazine devoted to Nikon photographers. Brimming with expert advice, product tests, tips and tricks, plus beautiful images to inspire your next session, you’ll be motivated to get creative with your photography and learn brand new skills with every issue of N-Photo magazine. Packed full of interviews and masterclasses with award-winning photographers, you will discover how to shoot great pictures, as well as enhance any imagery using Adobe Photoshop and other popular tools with the helpful guides and step-by-step tutorials.